Home > Back to Search Results > Troubles with the Indians, the British, etc...
Click image to enlarge 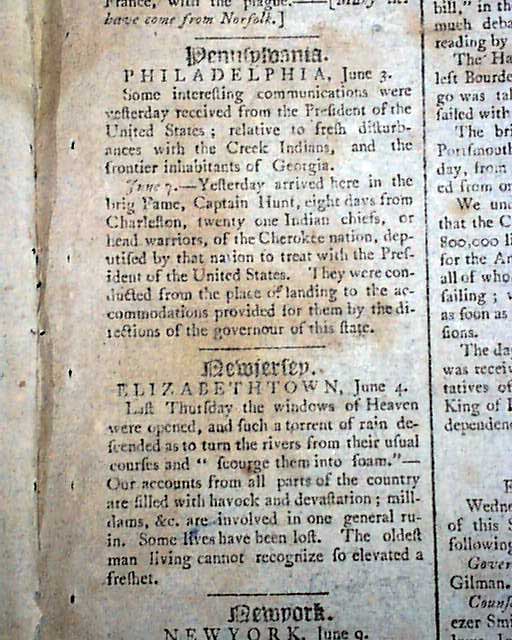 Troubles with the Indians, the British, etc...

A very ornate masthead makes this a displayable issue.
Page 3 has an item noting: "...communications were...received from the President...relative to fresh disturbances with the Creek Indians & the frontier inhabitants of Georgia. Also a report: "...from the Western frontiers...the establishment at Presque Isle & that the British were erecting garrisons at the Miami River. From Georgia that the Indians have been making depredations in the frontier settlements of Franklin county..." with much more.
Many illustrated ads on the back page. Four pages, wide, never-trimmed margins, nice condition.