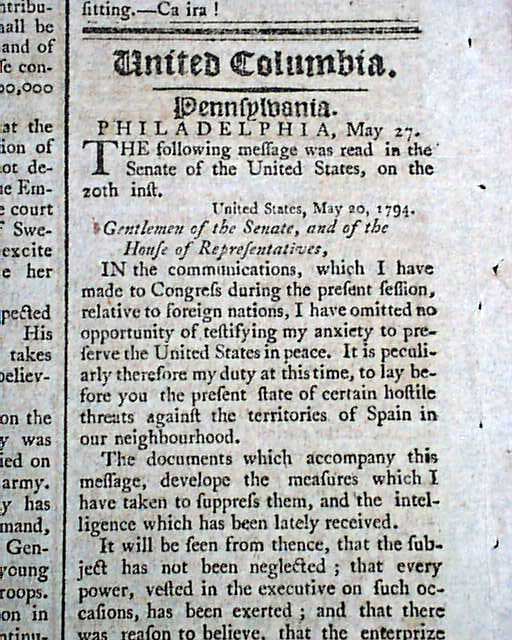 A very ornate masthead makes this a displayable issue.
Page 2 has a letter from the President to Congress in which is relays: "...the present state of certain hostile threats against the territories of Spain in our neighbourhood...", signed in type: G. Washington.
Page 3 has a document signed in type by Governor Samuel Adams among others.
Many illustrated ads on the back page. Four pages, wide, never-trimmed margins, nice condition.