Home > Back to Search Results > Napoleon Bonaparte has gone "strayed or lost"...
Click image to enlarge 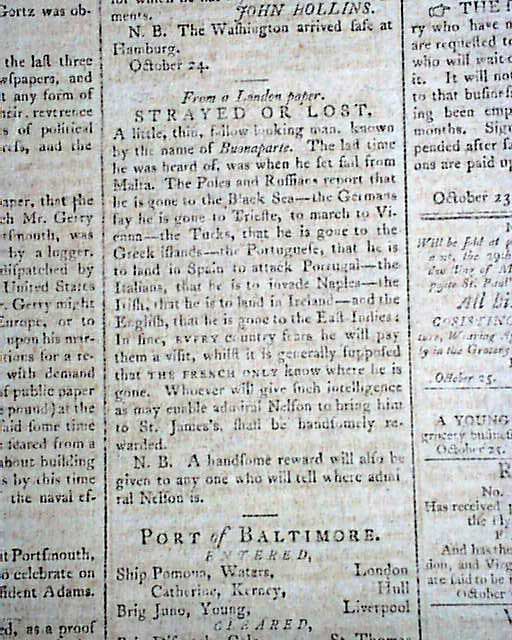 
FEDERAL GAZETTE & BALTIMORE DAILY ADVERTISER, Oct. 25, 1798  Page 3 has an interesting tongue-in-cheek report concerning Napoleon Buonaparte, whose army was recently defeated with his escape. It is headed: "Strayed Or Lost" and notes in part: "A Little, thin, fallow looking man, known by the name of Buonaparte. The last tie he was heard of was when he set sail from Malta..." with much more, then: "...Whoever will give such intelligence as may enable admiral Nelson to bring him to St. James's shall be handsomely rewarded.  N.B. A handsome reward will also be given to any one who will tell where admiral Nelson is."
Four pages, handsome masthead, nice condition.