Home > Back to Search Results > Defeat of Napoleon, the "buccaneer"...
Click image to enlarge 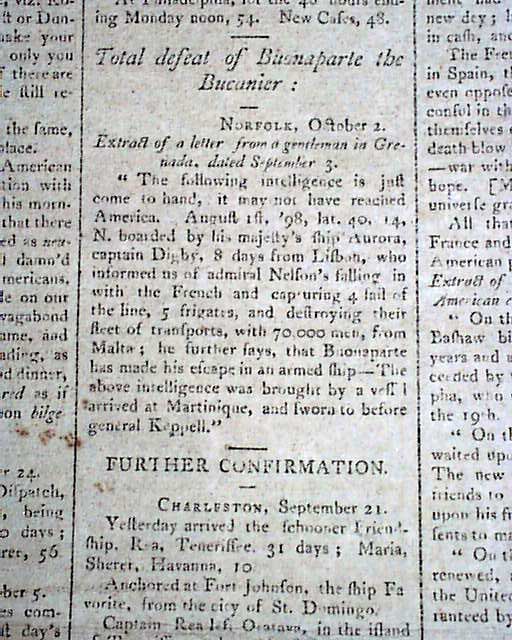 Defeat of Napoleon, the "buccaneer"...

Page 3 has a report headed: "Total Defeat of Buonaparte the Bucanier" with the first (of several) reports noting in part: "...of admiral Nelson's falling in with the French & capturing 4 sail of  the line, 5 frigates, & destroying their fleet of transports...further says that Buonaparte has made his escape in an armed ship...".
This report is followed by: "Further Confirmation" and then: "Another Account, Same Date" with even more detail.
Four pages, handsome masthead, bit of light damp staining, nice condition.