Home > One of the more famous letters by Ben Franklin...
Click image to enlarge 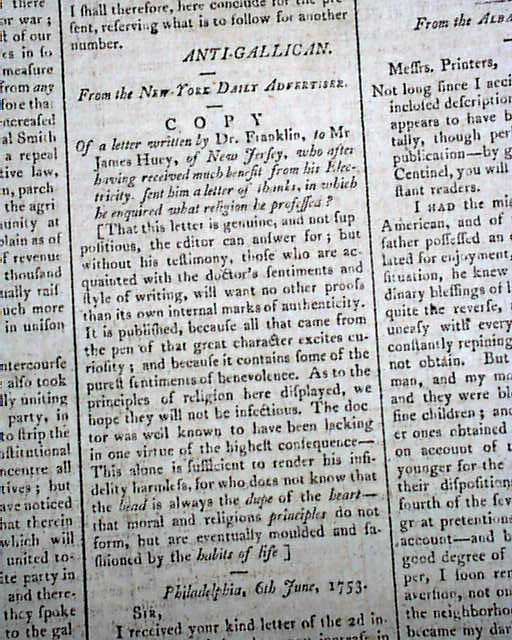 One of the more famous letters by Ben Franklin...

Page 2 has the full printing of a quite famous letter from Ben Franklin to James Huey, in which Huey thanks Franklin for a cure through use of electricity, & prompting him to inquire of Franklin about: "...what religion he professes?".
A website notes that: "Few of Franklin's letters were more often copies in the 18th century than this, or more frequently printed in the 19th." It takes 3/4 of a column and is signed in type: Benjamin Franklin, dated at Philadelphia, June 6, 1753.
Four pages, handsome masthead, nice condition.