Home > Back to Search Results > Rewarding Washington in an Act of Congress...
Click image to enlarge 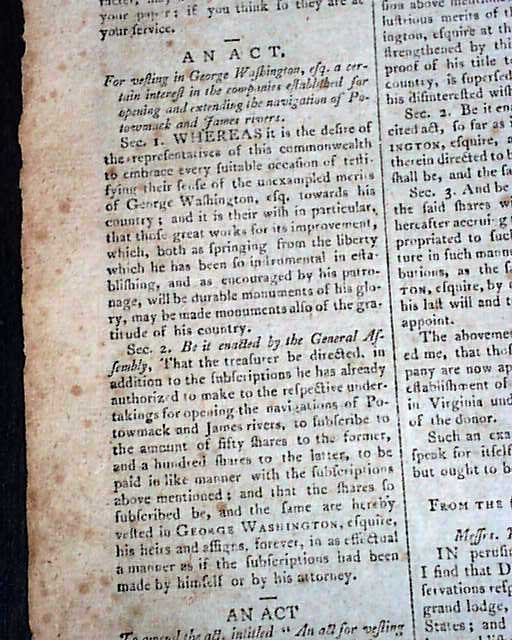 Rewarding Washington in an Act of Congress...


FEDERAL GAZETTE & BALTIMORE DAILY ADVERTISER, Aug. 16, 1798  Page 2 begins with over a column taken up with two acts: "AN ACT for Vesting in George Washington, a Certain Interest in the companies established for Opening & Extending the Navigation of Potomack and James rivers." and the other for amending it.
Four pages, handsome masthead, nice condition.