Home > Back to Search Results > Sign up to join Washington in the military...
Click image to enlarge 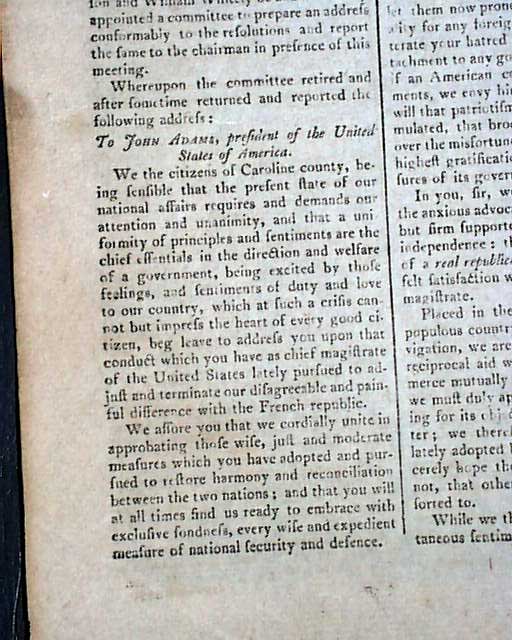 Page 2 an address to the President from the people of Caroline County, Maryland, followed by his response signed: John Adams. And then another letter to him from Rockingham County, North Carolina, with his response also signed: John Adams.
Also a great recruiting letter headed: "Gen. Washington Commands!! Hark! the Drum Beats to Arms!" being a call to the men of Middlesex & Somerset counties in New Jersey, noting: "...that they will be accompanied by the great, illustrious, magnanimous General WASHINGTON..." who recently accepted the position of commander-in-chief of the military. A fine letter.
Four pages, handsome masthead, minor foxing to an upper corner, nice condition.