Home > Back to Search Results > Washington nominated to be Commander-in-Chief...
Click image to enlarge 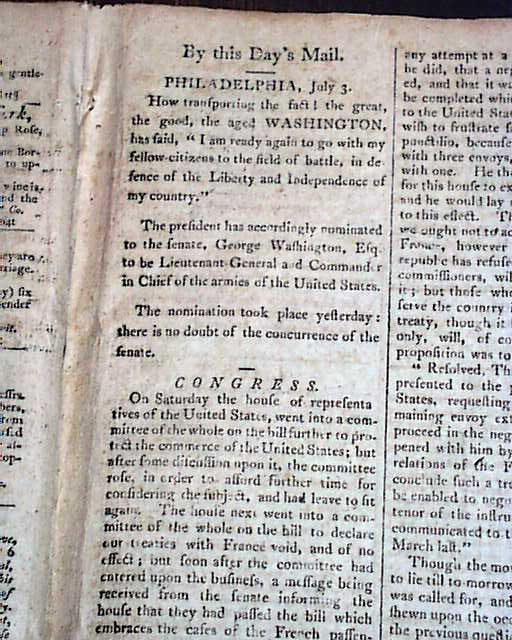 Washington nominated to be Commander-in-Chief...

Page 3 begins with a notable report: "How transporting the fact! the great, the good, the aged WASHINGTON, has said, 'I am ready again to go with my fellow citizens to the field of battle, in defence of the Liberty and Independence of my country'.
The president has accordingly nominated to the senate, George Washington, Esq. to be Lieutenant General and Commander in Chief of our armies of the United States. The nomination took place yesterday: there is no doubt of the concurrence of the senate."
Four pages, handsome masthead, damp staining at the corners, otherwise good.