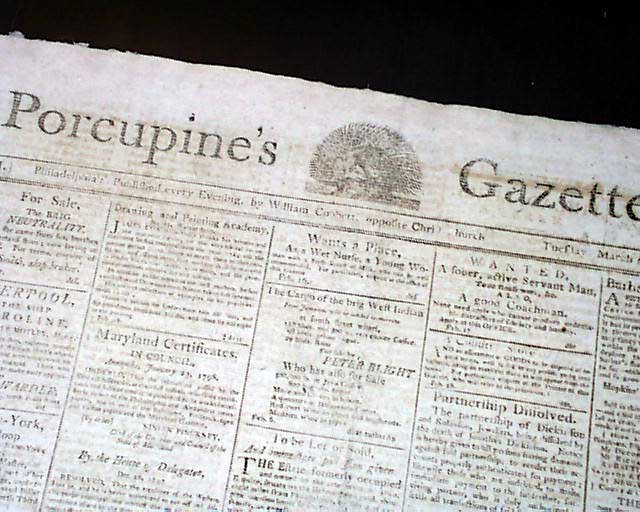 Page 2 has a letter from the President to Congress concerning XYZ Affair with France that would lead to the Quasi War. It includes several letters relating to the situation, one signed by the 3 American commissioners: Pinckney, Marshall, and Gerry.
This was William Cobbett's important and controversial--but short-lived--daily newspaper. Cobbett was a prolific & controversial publisher who often wrote under the pen-name of "Peter Porcupine." He was famous for sniping at his political opponents, usually those of a Jeffersonian-Republican sentiment.
Four pages, never-trimmed margins, nice condition.