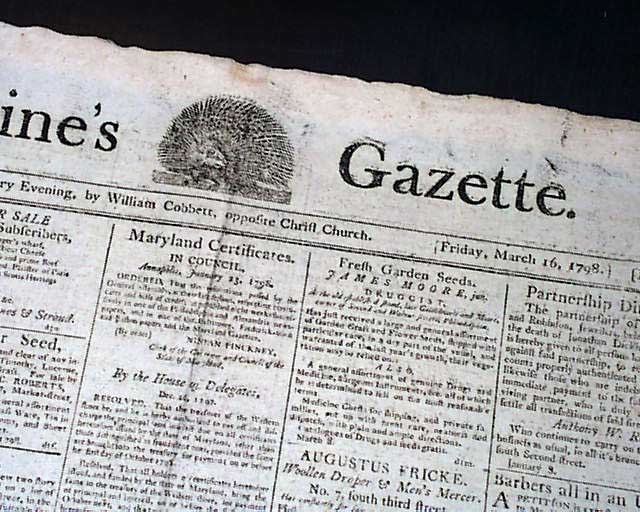 Page 3 has: "General Washington" which is a lengthy letter from an Englishman: "To George Washington, Esq. Of Mount Vernon, in Fairfax County, Virginia" praising his virtues despite their being enemies at war not long before. Some fine reading.
This was William Cobbett's important and controversial--but short-lived--daily newspaper. Cobbett was a prolific & controversial publisher who often wrote under the pen-name of "Peter Porcupine." He was famous for sniping at his political opponents, usually those of a Jeffersonian-Republican sentiment.
Four pages, never-trimmed margins, nice condition. 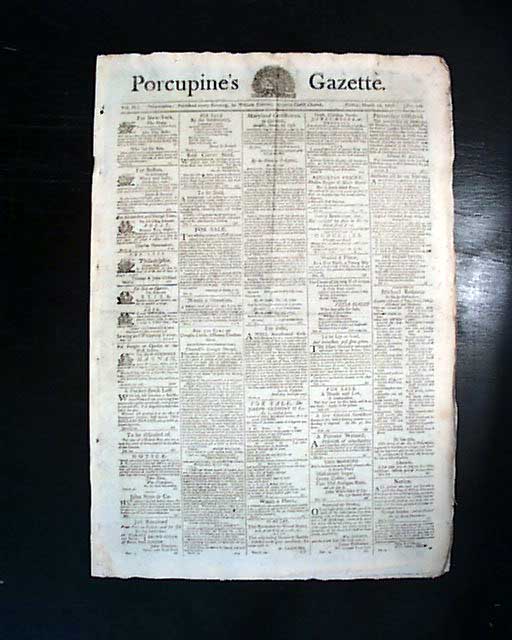 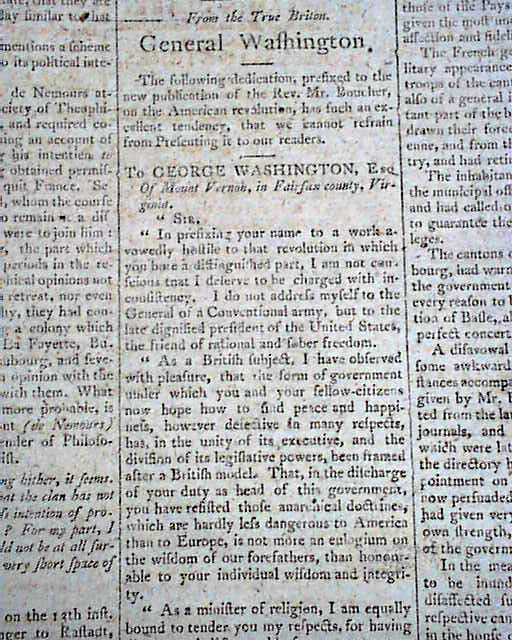 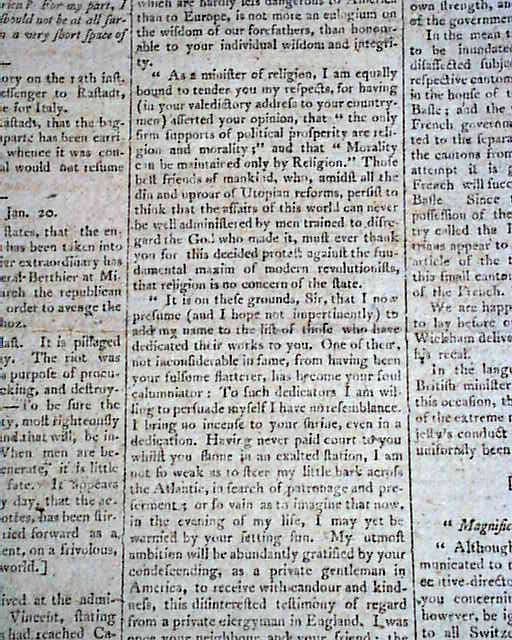 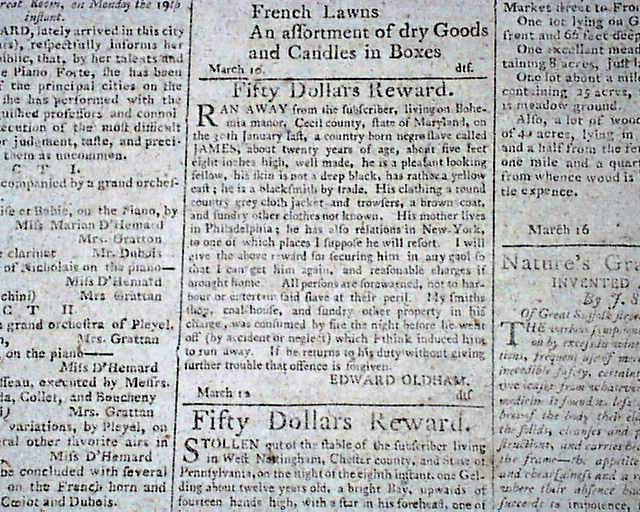