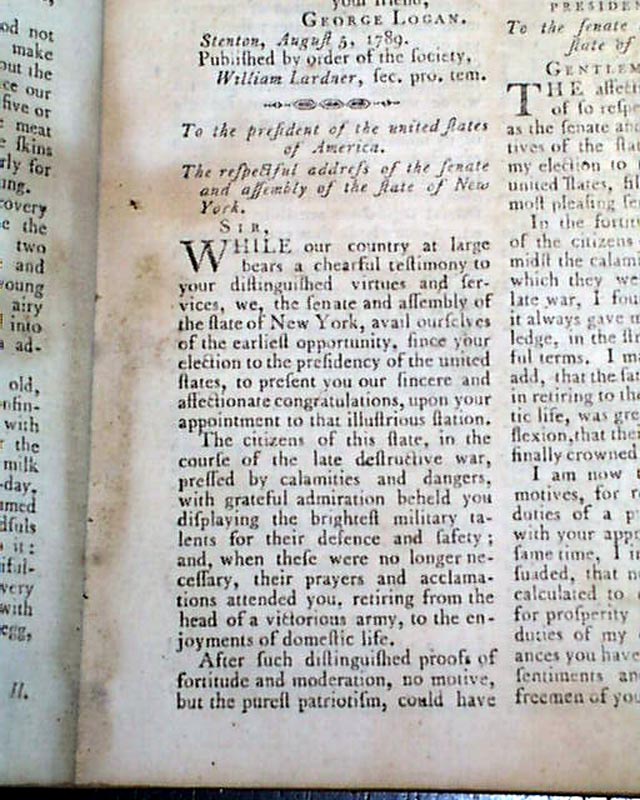 THE AMERICAN MUSEUM, (Philadelphia), August, 1789  Over 5 1/2 pages on: "Observations on the Utility of funding the Public Debts of the United States". Also: "Observations on Manufacturing Sugar from the Sap of the Maple Tree" and an address to the President from the state of New York with the: "President's Answer" signed in type: George Washington; and an address of the Protestant Episcopal Church to the President, with his response signed: G. Washington; "Thoughts on the Finances & Debts of the United States"; an address by Washington College in Maryland to the President, with his response signed in type: George Washington; "Discovery of America by the Icelanders" & much more.
Near the back is "American Intelligence" which has the latest news reports, including a report from: "...Louisville, Falls of Ohio, to his friend in Pittsburg..." concerning settlements & trouble with Indians, etc.
Complete in 88 pages, 5 by 8 inches, disbound, no full title page, table of contents at the back, various foxing, good condition.