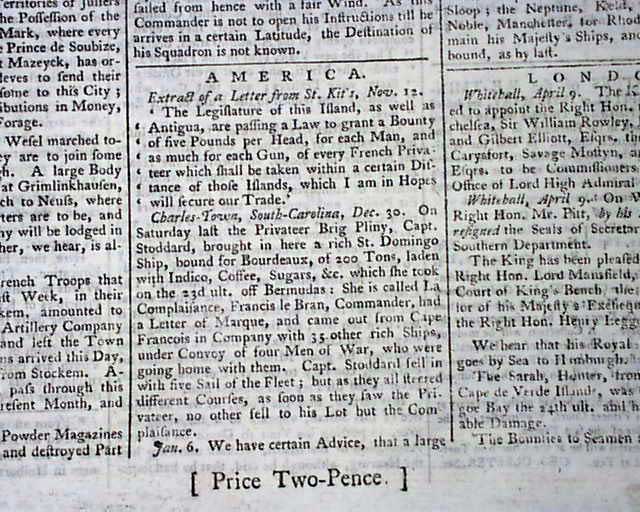 The front page has a report headed America" which includes datelines from Charleston, including: "...learn from Georgia that the Chickasaw Indians lately attacked four French boats on the Halbama River...killed four men...not improbable that they have in view some attempts upon these  Southern provinces & the ensuing Spring may perhaps be the time."
Eight pages, 8 1/4 by 11 1/4 inches, red tax stamp, very nice condition.