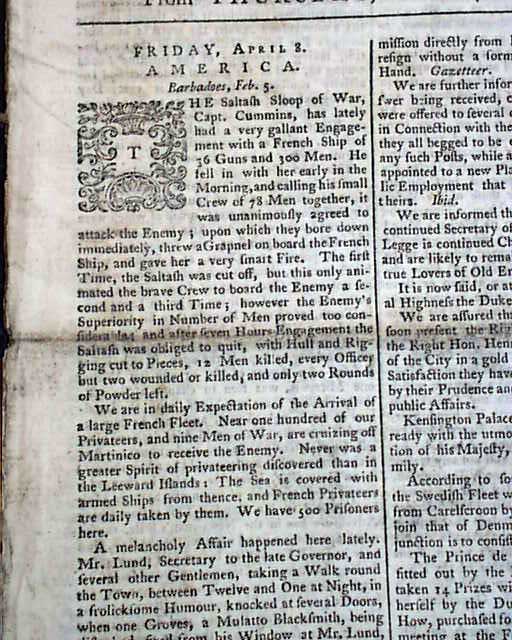 
THE LONDON CHRONICLE, England, April 9, 1757  Most of a front page column is headed: "America" being reports from Barbados. Bits include: "...however the enemy's superiority in number of men proved too considerable...We are in daily expectation of the arrival of a large French fleet...100 o our privateers...are cruising off Martinico to receive the enemy...".
Eight pages, 8 1/4 by 11 1/4 inches, red tax stamp, some dirtiness to the front page, good condition.