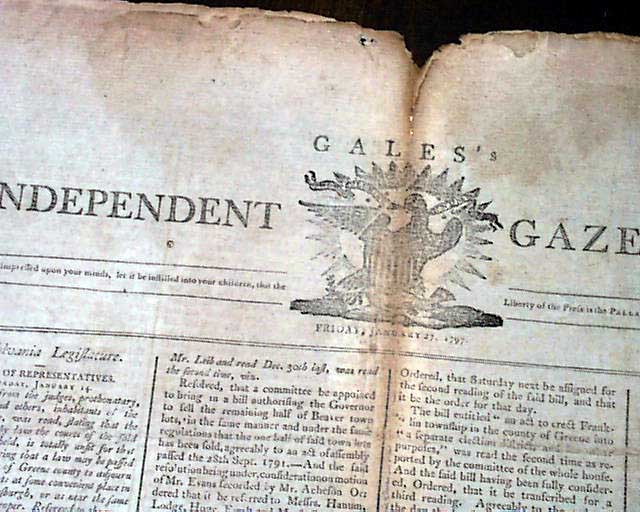 
GALES'S INDEPENDENT GAZETTEER, Philadelphia, April 7, 1797  A quite rare title which lasted just one year from Sept. 16, 1796 till Sept. 12, 1797. Actually the continuation of the "Independent Gazetteer", which was later sold to "The Universal Gazette". Just 7 American institutions have scattered issues of this title.
All of page 2 is taken up with documents relating to Washington's last state-of-the-union address.The back page has reports from Congress.
Archivally rejoined at the spine & slightly close-trimmed at the bottom of the page 2 spine margin just touching some letters. Foxing at folds, some wear at folds, an archival mend on page 2, wide untrimmed margins. Great patriotic engraving in the masthead.