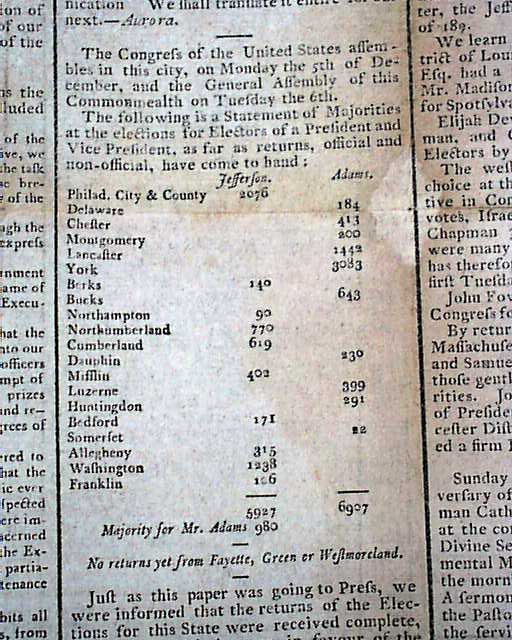 A quite rare title which lasted just one year from Sept. 16, 1796 till Sept. 12, 1797. Actually the continuation of the "Independent Gazetteer", which was later sold to "The Universal Gazette". Just 7 American institutions have scattered issues of this title.
Page 3 has a chart of election results for President & Vice President, by county in Penna. And a note that: "...informed that the returns of the Electors for this state were received complete & that the majority was in favour of the Jefferson Ticket. This, it is supposed, will decide the fate of the whole election."
Archivally rejoined at the spine, damp staining & mild wear at the fold, wide untrimmed margins. Great, patriotic engraving in the masthead. 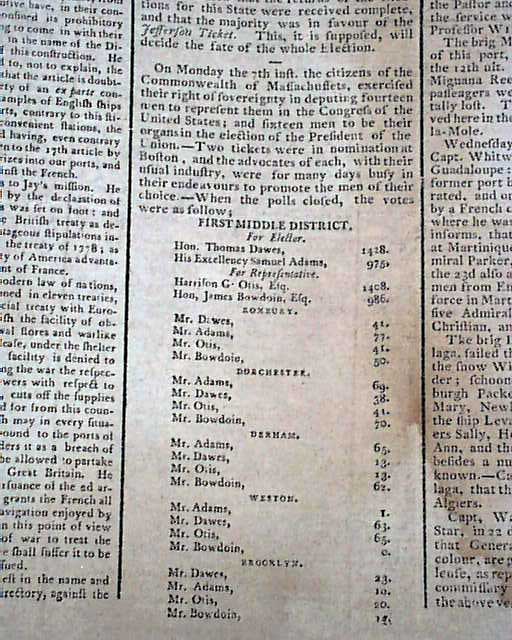 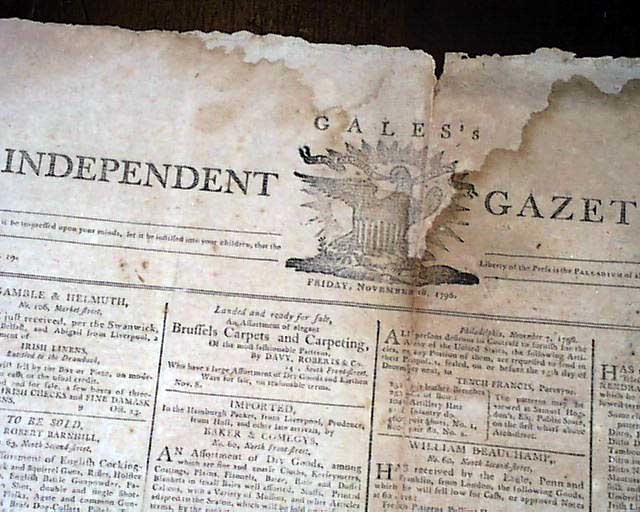 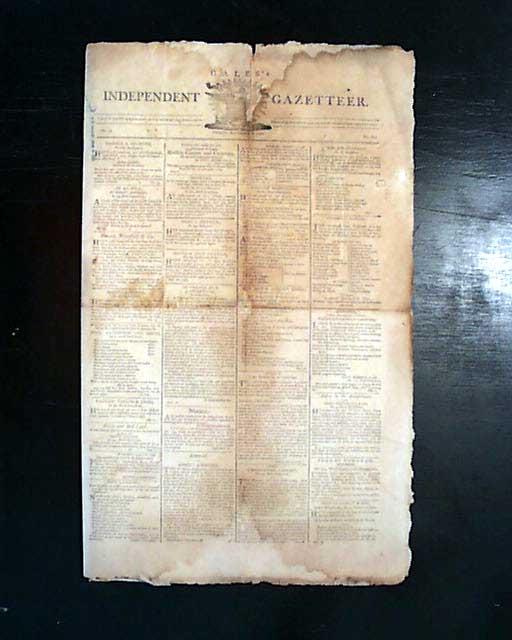