Home > Back to Search Results > The Titanic disaster...
Click image to enlarge 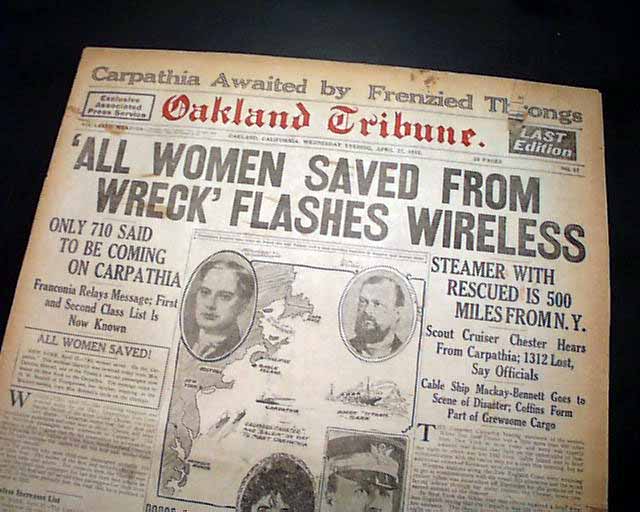 A nice issue on the Titanic disaster with the banner head: " 'ALL WOMEN SAVED FROM WRECK' FLASHES WIRELESS" with a nice graphic showing the locality of the tragedy and insets of four people and a photo of the "Scout Cruiser Chester".
Subheads include: "Only 710 Said To Be Coming On Carpathia" "Franconia Relays Message; First and Second Class List Is Now Known" "All Women Saved!" "Steamer With Rescued Is 500 Miles From N.Y." "Scout Cruiser Chester Hears From Carpathia; 1312 Lost, Say Officials" and more.
Coverage continues inside with banner headlines on pages 2 & 4 as well as graphics.
Present are pages 1-8 of 20 pages, likely the first section of two. Light toning, minor margin wear, generally nice.