Home > Back to Search Results > Washington celebrated in Philadelphia en-route to his inauguration...
Click image to enlarge 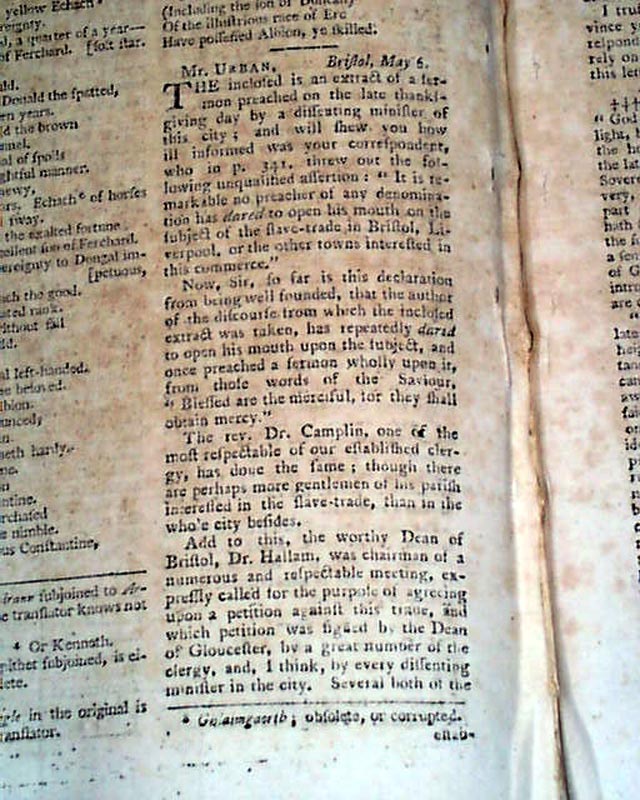 Washington celebrated in Philadelphia en-route to his inauguration...


GENTLEMAN'S MAGAZINE, London, June, 1789  Among the articles are: "Extract from a Sermon at Bristol on the Slave Trade" "Description of a Tour Through the West of England" and so much more.
But the best content is news headed: "America" which reports from Philadelphia: "...his Excellency George Washington, the President Elect of the United States, arrived in this city...His Excellency rode o horseback in front of the procession. The number of spectators who filled the doors, windows, and streets which he passed was greater than on any other occasion we ever remember...Every  countenance seemed to say, 'Long, long live George Washington, the Father of the People!'...At 3 o'clock his Excellency sat down to an elegant entertainment of 250 at City Tavern...This Excellency, having traveled with great expedition from Mount Vernon, proceeded yesterday morning for New York."
Washington was en-route to New York for his inauguration which would happen on April 30.
Present are the 3 full page plates called for.
Complete in 96 pages, 5 by 8 1/4 inches, full title/contents page featuring an engraving of St. John's Gate, great condition.