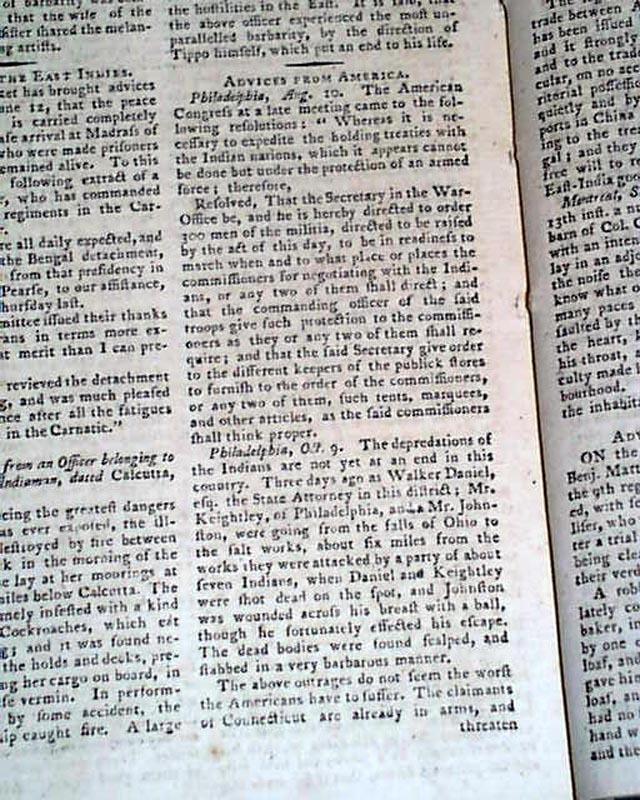 Among the articles are: "Remarks in a Voyage to Jersey" and so much more.
Near the back is half a page of: "Advices From America which has news items datelined from Philadelphia, Albany and Montreal, the former dealing with treaties with the Indians, etc.
There is also a full page headed: "Aerostation" which reports on various balloon flights from this early period in manned flight. It includes mentions of both Mr. Blanchard and Montgolfier.
Both of the full page plates called for are present.
Complete in 80 pages, 5 by 8 inches, full title/contents page featuring an engraving of St. John's Gate, very nice, clean condition.