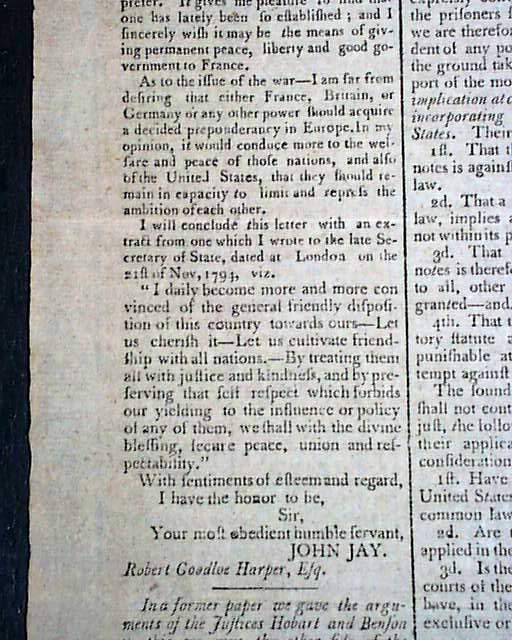 Beginning on page 1 & concluding on pg. 2 is a: "Letter from Governor Jay" which concerning the controversial Jay Treaty, signed by him in type: John Jay. Page 2 also has a report from the N.Y. Assembly which includes a Resolve signed by the governor: John Jay.
The back page has a letter from the city of York, Pa., to Major General Wayne, Commander of the Army of the United States, with his response signed in type: Anthony Wayne, regarding his visit to the city.
Four pages, nice condition.