Home > Back to Search Results > A letter from Ben Franklin... Cultivating tea in America...
Click image to enlarge 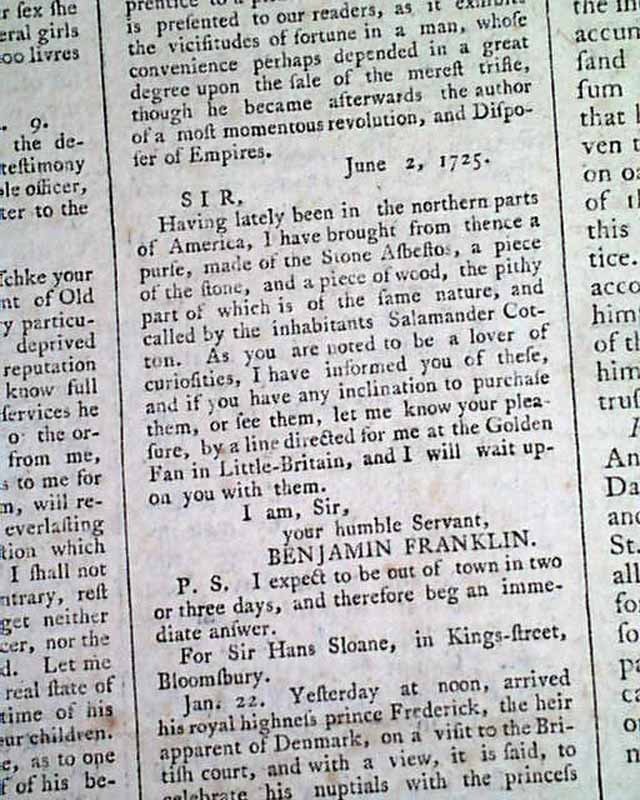 A letter from Ben Franklin... Cultivating tea in America...

Inside has a letter from 1725 signed by Benjamin Franklin, exhibiting his business acumen, prefaced with: "...written by the celebrated Dr. Benjamin Franklin 65 years ago when he was apprentice to a printer in Little Britain...it exhibits the vicissitudes of fortune in a man whose convenience perhaps depended in ;a great degree upon the sale of the merest trifle, though he became afterwards the author of a most momentous revolution and Disposer of Empires."
The back page has a piece beginning: "May not TEA be cultivated in some parts of the United States?..." with more on this.
Eight pages, 9 by 10 1/4 inches, minor margin wear & some light foxing, good condition.