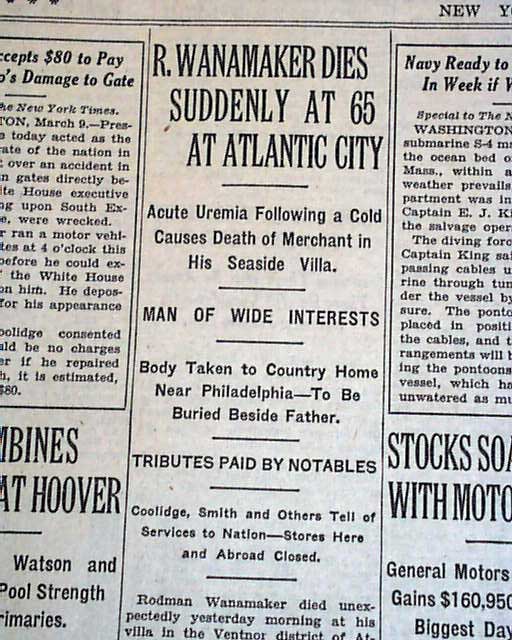 The top of the front page has a one column heading: "R. WANAMAKER DIES SUDDENLY AT 65 AT ATLANTIC CITY" with subheads. (see) First report coverage on the death of Rodman Wanamaker, department store magnate.
Other news, sports and advertisements of the day. Complete in 36 pages, light toning at the margins, some small binding slits along the spine, generally nice.

wikipedia notes: Lewis Rodman Wanamaker was a department store magnate. He owned stores in Philadelphia, New York City, and Paris, France. He was a patron of the arts, of education, of golf and athletics, of Native American scholarship, and was an investor in early aviation. He served as a Presidential Elector for Pennsylvania in 1916.