Home > Back to Search Results > Broadside "Extra" from Baltimore...
Click image to enlarge 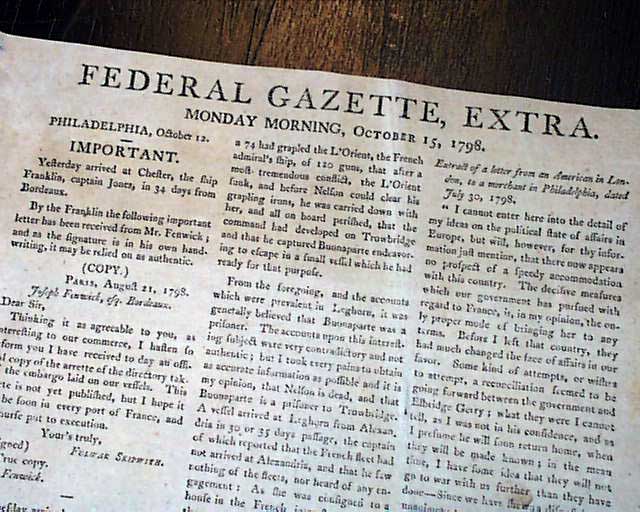 Although there were issues of this title in Phila., Boston & Baltimore, this is from Baltimore as the other two did not exist as of this date.
This is a broadside extra, a small single sheet printed on the front only. Such broadsides were typically printed to put urgent or important news into the hands of the reader as quickly as possible. The news in this issue relates to the Napoleonic War, more specifically the Battle of the Nile, one bit noting: "...it was generally believe that Buonaparte was a prisoner...in my opinion that Nelson is dead & that Buonaparte is a prisoner to Trowbridge...".
Single sheet, 8 1/4 by 12 inches, blank on the reverse, some very light damp stains, nice condition.