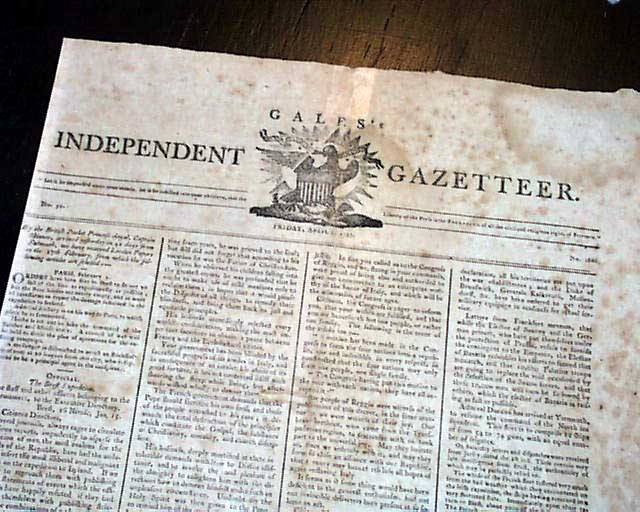 
GALES'S INDEPENDENT GAZETTEER, Philadelphia, April 7, 1797  A quite rare title which lasted just one year from Sept. 16, 1796 till Sept. 12, 1797. Actually the continuation of the "Independent Gazetteer", which was later sold to "The Universal Gazette". Just 7 American institutions have scattered issues of this title.
A typical folio newspaper of the day with various news and advertisements. Archivally rejoined at the spine & slightly close-trimmed here as well. Some wear & minor loss at the margin, with some foxing. Untrimmed margins, four pages. Great, patriotic engraving in the masthead.