Home > Back to Search Results > General Hunter's order to emancipate the slaves...
Click image to enlarge 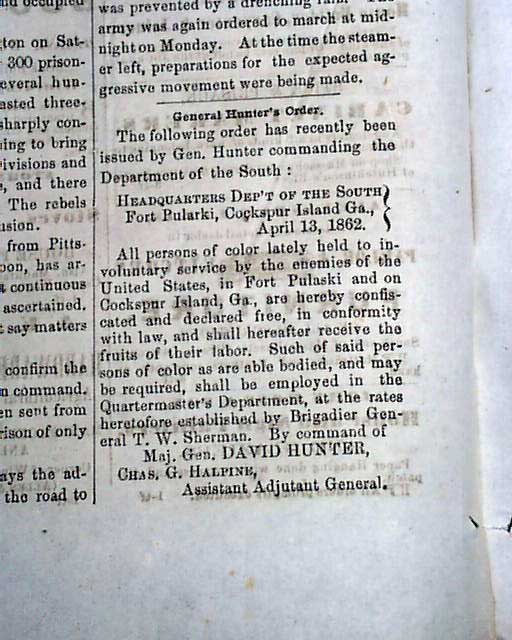 
THE KANSAS STATE JOURNAL, Lawrence, May 8, 1862  The bottom of page 2 has one of two controversial General Orders from General David Hunter freeing slaves. Noting in part: "All persons of color lately held to involuntary service by the enemies of the United States in Fort Pulaski and Cockspur Island, Ga., are hereby confiscated and declared free...".
Not yet committed to a comprehensive plan of emancipation, President Abraham Lincoln overturned the orders.  However, Hunter’s orders were a precursor to Lincoln’s own Emancipation Proclamation, formally issued January 1, 1863, and to the establishment of the Bureau of Colored Troops on May 22, 1863.
Four pages, very nice condition.