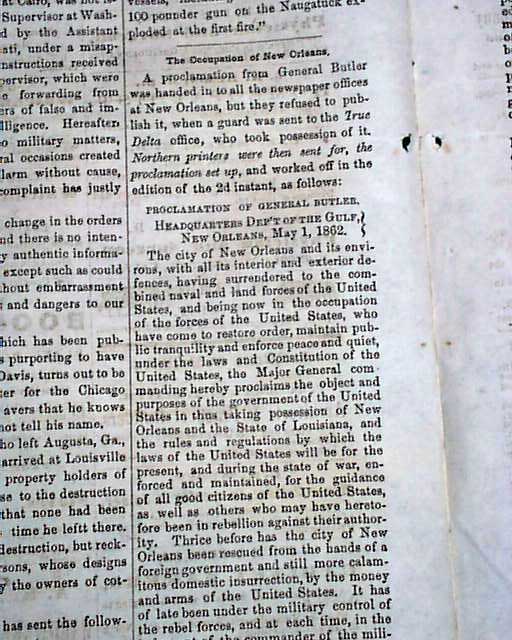 Pages 2 and 3 contain the full and very lengthy text of the: "Proclamation of General Butler " which was his proclamation to the people of New Orleans upon his taking the city, imposing martial law & detailing how the city would function.
He mentions: "...The armies of the United States come here not to destroy, but to restore order out of chaos...all the requirements of martial low will be imposed so long as...it may be necessary...", signed in type: Major-General Butler.
Other column heads include: "Late News From the South" "Panic at Richmond" "From Gen. McClellan's Army" "The Rebels Out of Sight".
Four pages, small printing error at the top & right margin, good condition.