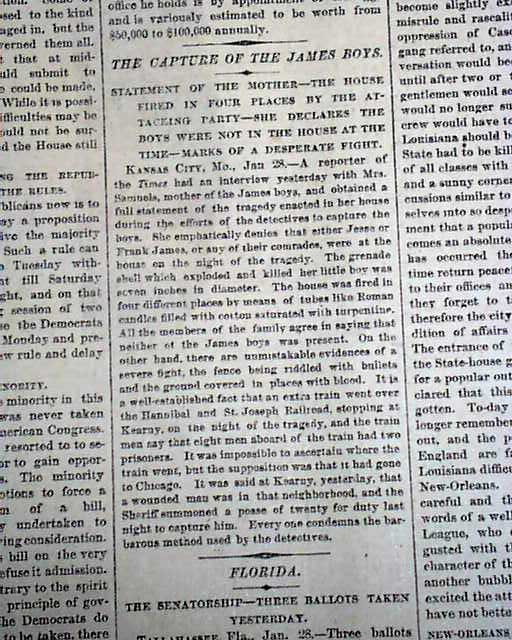 The front page has an interesting--yet false--report headed: "The Capture of The James Boys" which has various subheads including: "Statement of The Mother...She Declares the Boys Were Not in the House at the Time--Marks of A Desperate Fight" (see).
Believing they have members of the James gang penned-in, a team of Pinkerton agents shot up the James family home in Kearney, Missouri.  The outlaws, however, were not home, and the detectives managed only to kill James' 9-year-old half-brother and to maim Zerelda James, the mother of Frank and Jesse.
Ten pages, light toning and minor wear at the margins, should be handled with care. 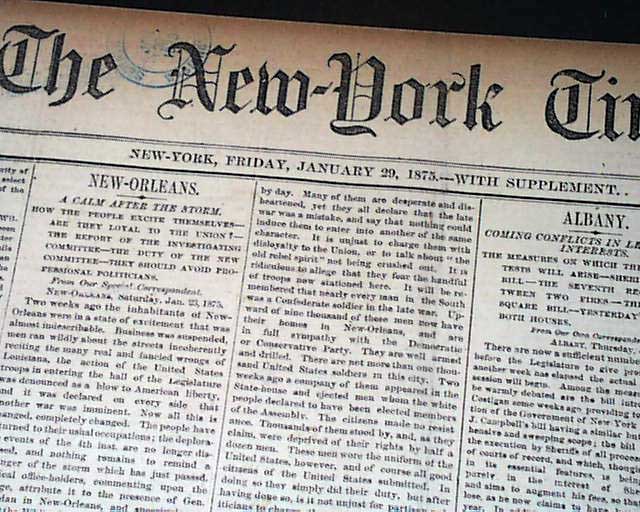 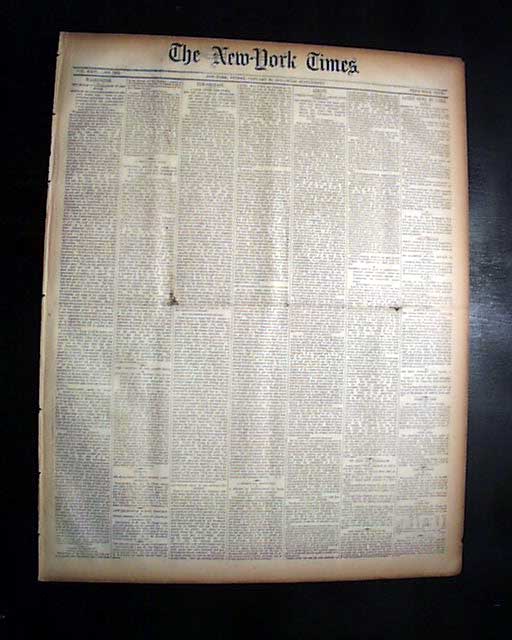