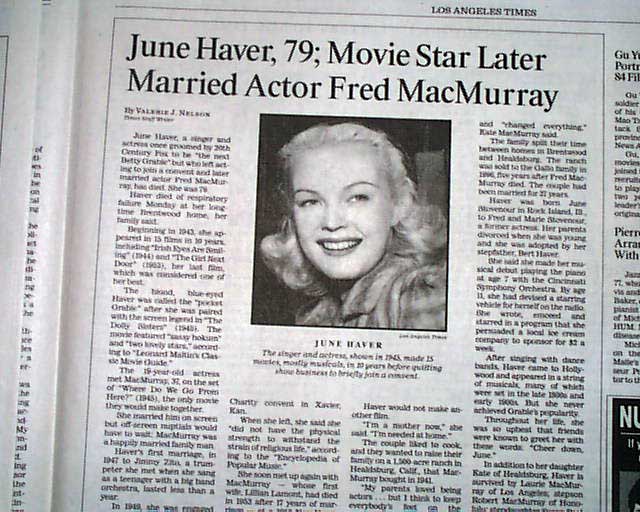 Pages B8 and B9 have three noteworthy death reports with corresponding photos. The headings are: "June Haver, 79; Movie Star Later Married Actor Fred MacMurray", "Ernest Lehman, 89; Wrote Screenplays for Many Movies Destined to Be Classics" (including North By Northwest", "The Sound of Music", and "Who's Afraid of Virginia Wolf"), and "James Stockdale, 81; POW at Hanoi Hilton, Won Medal of Honor, Ran With Perot".
Other news of the day, ads, and sports are found as well.
The issue is believed to be complete in multiple sections, but is being offered for the described content. Very good condition.