Home > Back to Search Results > A eulogy-like article on the Custer massacre...
Click image to enlarge 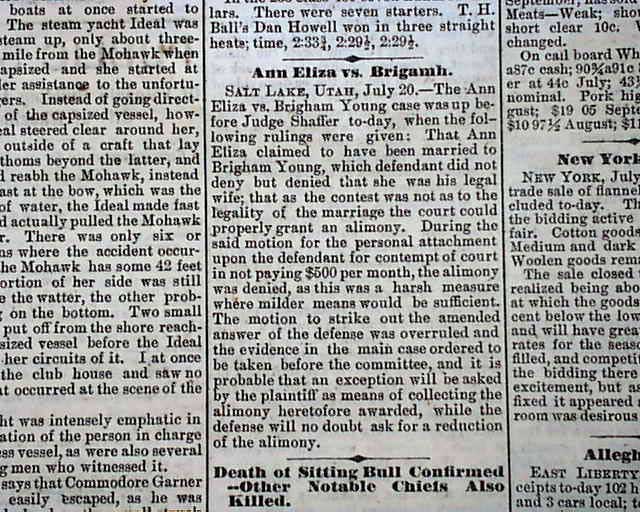 A eulogy-like article on the Custer massacre...

Page 3 has a column headed: "Custar's Attack on the Sioux" which reads much like a eulogy.
Bits include: "on the banks of the Little Big Horn...sleep to-day the flower of the American army...Custar [sic] in his brave but disastrous charge..." with much more, taking over one-third of a column.
The ftpg. has: "Ann Eliza vs. Brigham" (misspelling here) concerning a woman who claimed to be Brigham Young's wife, but he said not his legal wife. Also: "Death of Sitting Bull Confirmed--Other Notable Chiefs Also Killed", which was a false report.
Four pages, nice condition.

No issues held by any institution...

Nice on the Pony Express and Abraham ...