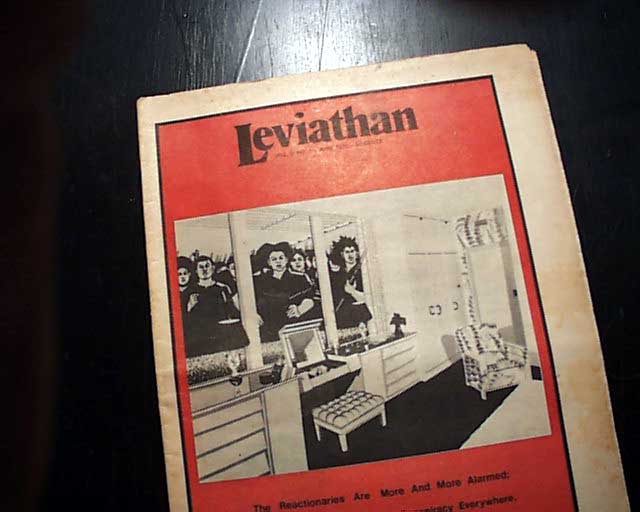 This was a New Left radical underground newspaper published in a tabloid newspaper format and distributed through the underground press network in the U.S. in the years 1969-1970. Fairly serious in content with a focus on radical organizing issues, it was loosely aligned with the SDS movement.
Complete in 40 pages, nice condition.