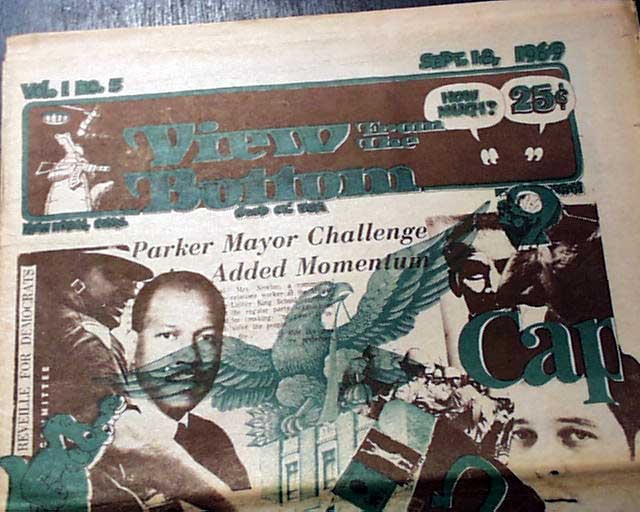 One of the underground, or "hippie" newspapers which had a short life during this era. Filled with liberal articles, reports and a wealth of advertising. Somewhat crudely produced. This is the vol. 1 #5 issue. It lasted until at least Oct. 1, 1970.
Sixteen pages, tabloid size, good condition.