Home > Back to Search Results > "Afro Magazine" for the African-American community...
Click image to enlarge 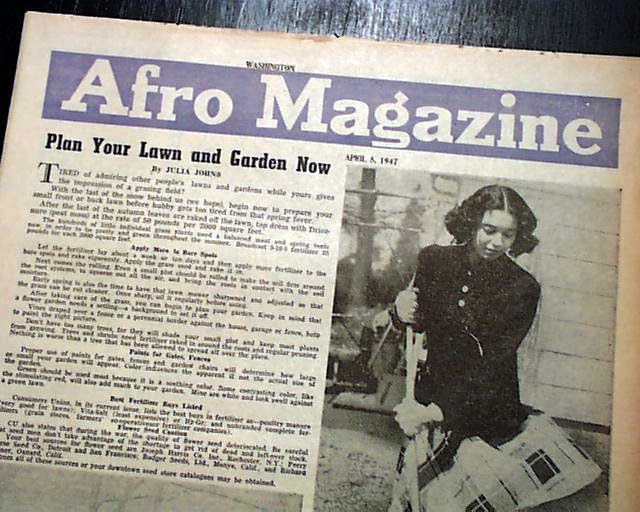 "Afro Magazine" for the African-American community...

An eight page tabloid insert, obviously from one of the Washington, D.C., newspapers.
As the title suggests, the content is almost entirely by and for African-Americans. Many photos as well including one of Larry Doby and his wife, a star of the Negro Leagues planing for the Newark Eagles.
A bit close-trimmed at the bottom margin affecting some words, otherwise in very nice condition.