Home > Back to Search Results > The funeral of Abraham Lincoln...
Click image to enlarge 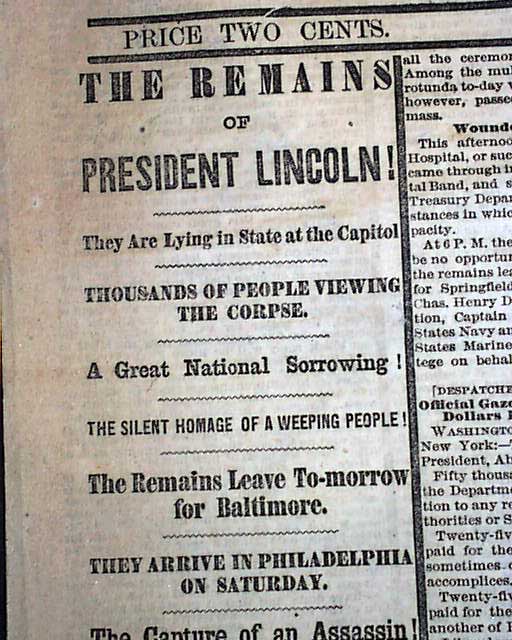 The funeral of Abraham Lincoln...

raphically this a very appealing issue, as all columns on all 8 pages are black-bordered, plus at the very top above the masthead is a black-bordered banner: "The Nation Mourns Its Loss." Half of the first column is taken up with funeral-related heads including: "THE REMAINS of PRESIDENT LINCOLN ! " "They Are Lying in State at the Capitol" "Thousands of People Viewing The Corpse" "A Great National Sorrowing!" "The Silent Homage of a Weeping People!" "The Remains Leave To-morrow for Baltimore" "The Capture of an Assassin!" "Atzeroth Taken in Maryland!" "The Soldiers Want to Lynch Him!" "$120,000 REWARD!!" "The Murderers Are to be Secured At Any Price" and more.
Eight pages, never bound nor trimmed, mild wear at the central fold with some perforation, wide margins, generally good. 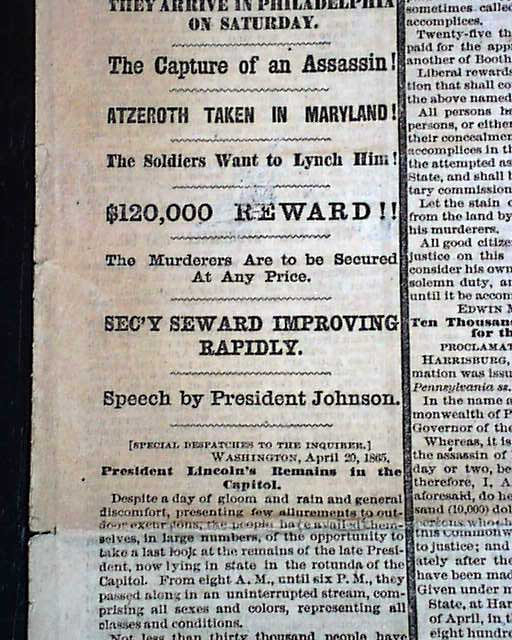 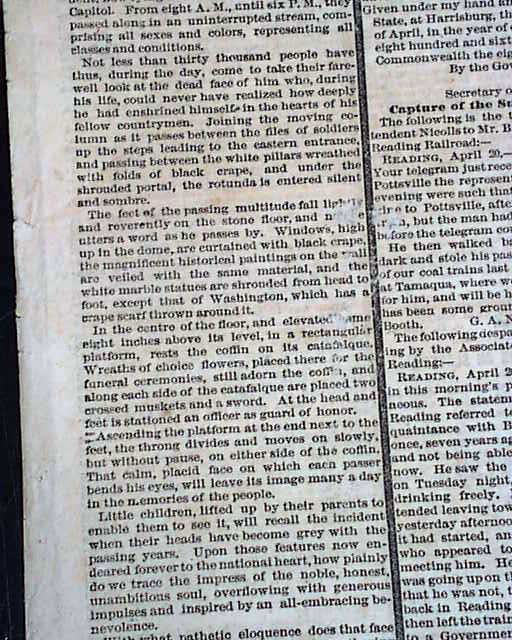 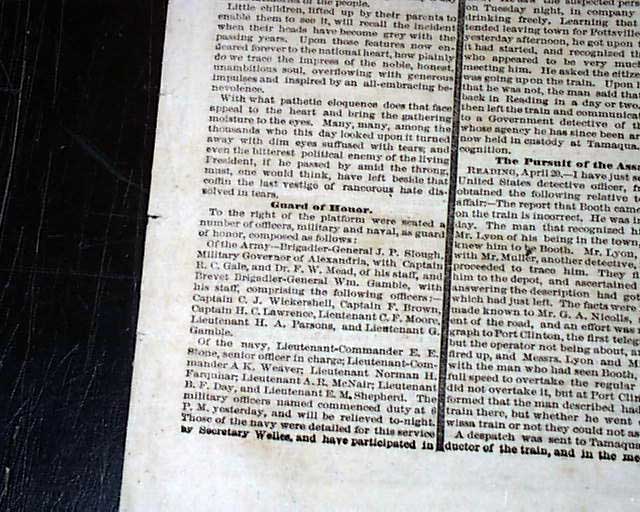 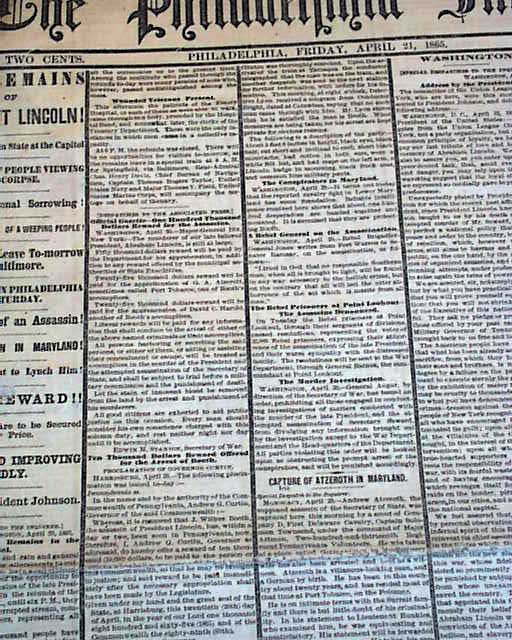 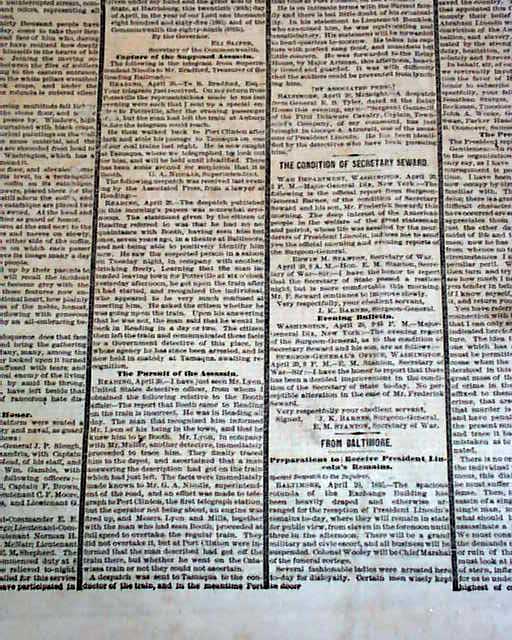 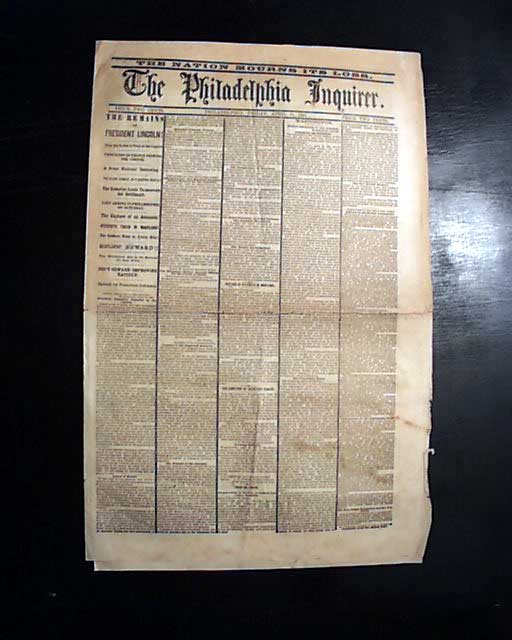 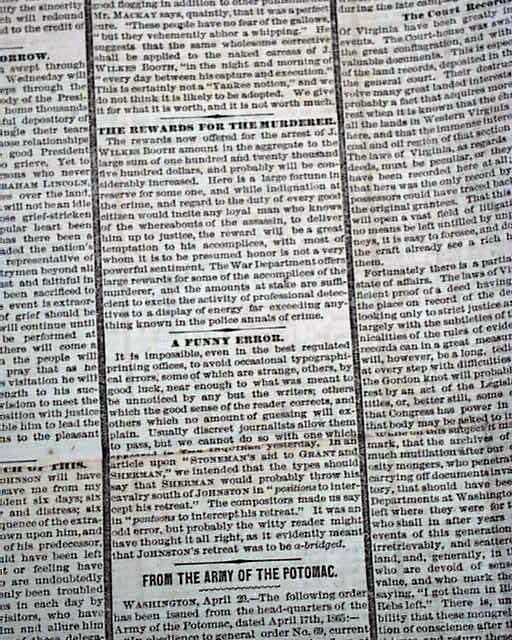 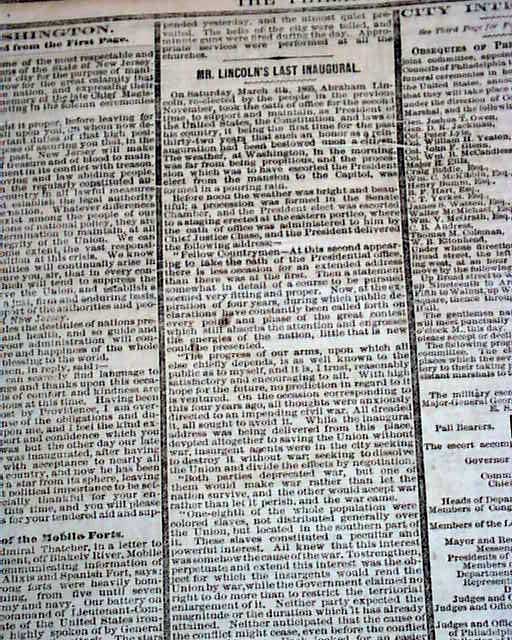