Home > Back to Search Results > The tribulations of those heading west...
Click image to enlarge 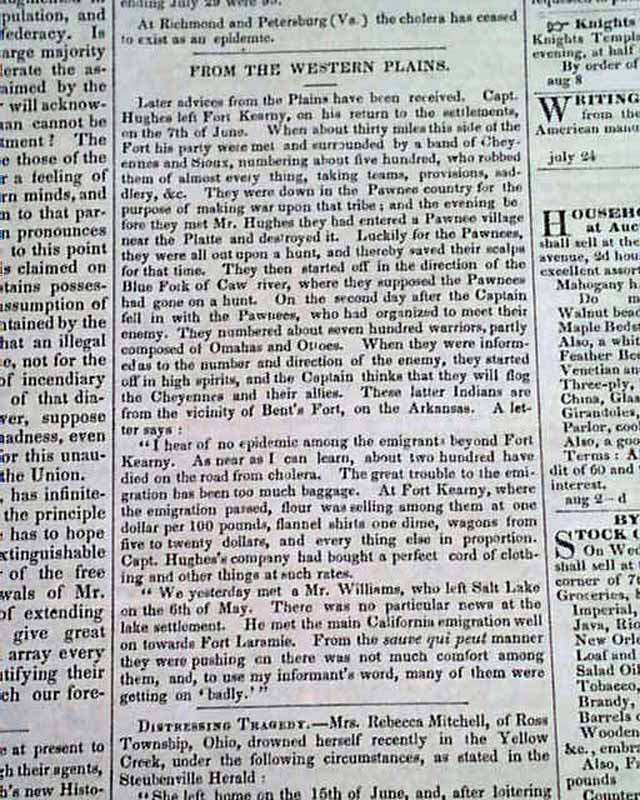 The tribulations of those heading west...

Page 3 has a terrific report headed: "From the Western Plains" which provides a sense of the romance, at least in hindsight, of the wagon trains heading west.
But the truth was much more dangerous. A few bits include: "...advices from the Plains have been received...left Fort Kearny...were meet & surrounded by a band of Cheyennes and Sioux...robbed them of almost every thing...down in the Pawnee country...Luckily for the Pawnees they were all out upon a hunt & thereby saved their scalps for that time...the Captain thinks that they will flog the Cheyennes & their allies...no epidemic among the emigrants beyond Fort Kearny...200 have died on the road from cholera..." and more.
It is rather rare to find period accounts of travelers heading west.
Four pages, nice condition.