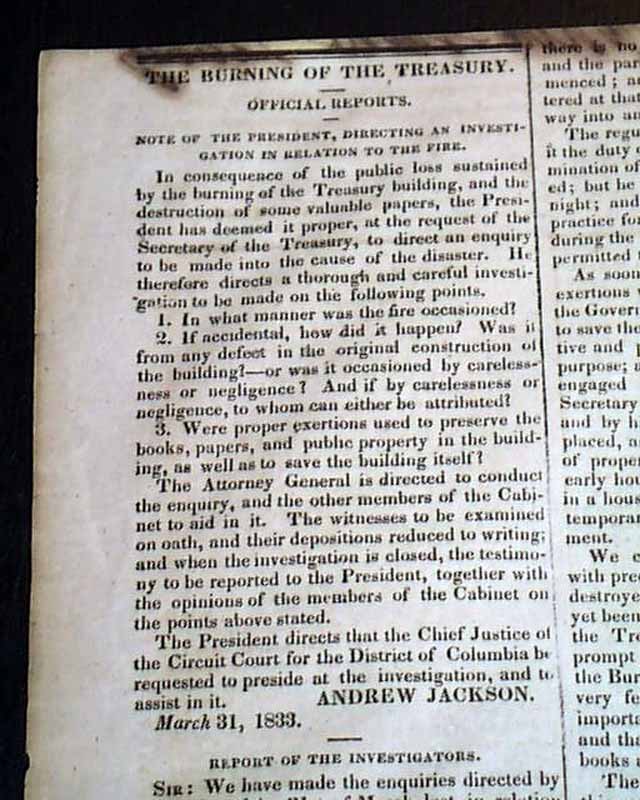 The ftpg. has a notable Proclamation signed by William Claiborne, gov. of the Louisiana Territory, concerning the Burr Conspiracy. It begins: "Whereas I have received information that certain persons are combining & confederating in a traitorous project to subvert the authority of the government of the United States over a portion of the territories thereof...".
Page 3 has even better & lengthier content on the Burr Conspiracy, including a letter to Congress from the President noting information received from Gen. Wilkinson, signed: Th. Jefferson. Then a letter signed by: A. Burr, then very lengthy & informative letter signed by: James Wilkinson. Plus much more related content as well, taking two-thirds of the page.
The ftpg. begins with: "Law of Kentucky - An Act to Prevent Unlawful Warlike Enterprises".