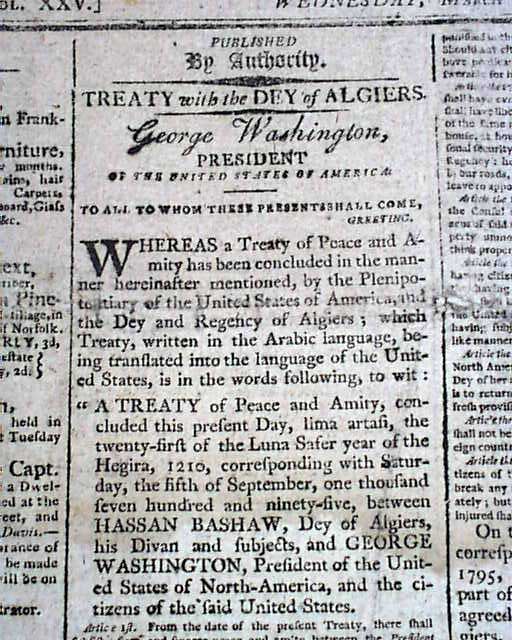 Fully half of the front page, the two middle columns, are taken up with a lengthy treaty of peace and amity between the United States and Algeria, relating to the problems with the Algerian pirates capturing American ships.
At the top is: "Treaty with the Dey of Algiers" with the George Washington script signature, and at its conclusion is a document noting its ratification, also with a George Washington script signature.
A significant document in international relations from the early years of the new American republic.
Four pages, damp staining mainly to the top quadrant, a small rubbing hole affects 2 words in the treaty.