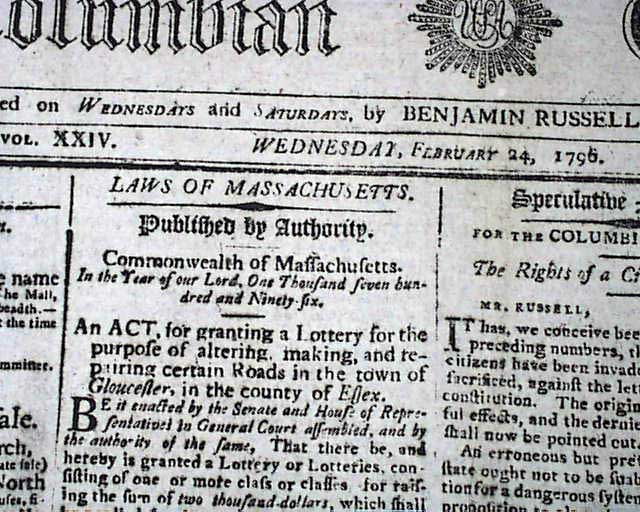 
COLUMBIAN CENTINEL, Boston, Feb. 24, 1796  The front page has two Acts of the Massachusetts Legislature, each signed in type by the governor: Samuel Adams.
Page 2 includes a report on the celebration of the 65th birthday of President George Washington, as well as an account from Harvard on honoring Washington.
Another pg. 2 item: "Washington Street" mentions: "The citizens of this truly federal street noticed...at the Washington tavern--were among other toasts they gave--GEORGE WASHINGTON--The Constitution of the United States...and fired a salute of 15 guns at sunset from the artillery cast in this town by Col. Revere.".
Four pages, irregular at the spine, light damp staining.