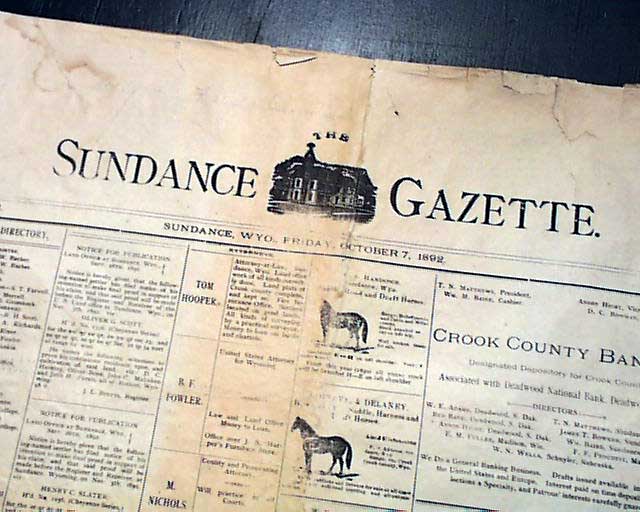 We were fortunate to fine just three issues of this quite rare newspaper from the Northeast corner of Wyoming. The first we have seen. The first we have seen. Gregory's "Union List of American Newspapers" notes only one institution has this title, it having just a single issue from 1884.
By the content and the advertisements Sundance must have been a cattle town. The 2010 census notes a population of less than 1200.
Inside has some illustrated articles including: Tribes Of Cannibals" "The Tribes of Alaska".
Eight pages, never bound nor trimmed, wear at the spine margins, a bit of light fold rubbing, generally good condition. This is not a pulpish newspaper.