Home > Back to Search Results > Bat Masterson and the Dodge City War...
Click image to enlarge 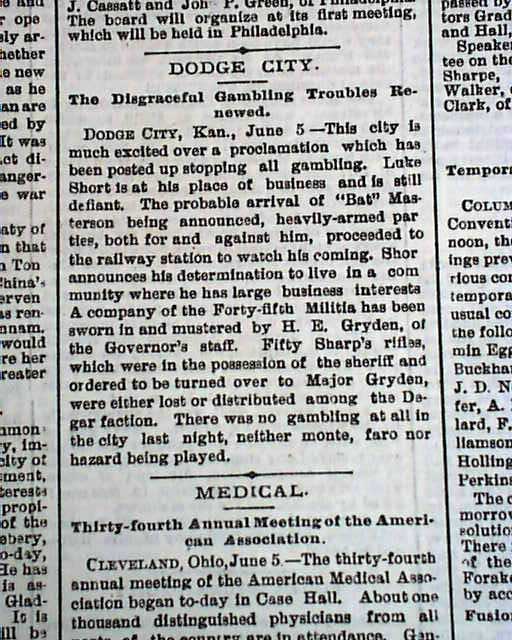 The front page has a nice account of the infamous Dodge City War, with a column head: "Dodge City" "The Disgraceful Gambling Troubles Renewed".
The report has a Dodge City, Kansas, dateline with rare mention of Bat Masterson, noting in part: "This city is much excited over a proclamation...stopping all gambling...The probable arrival of 'Bat' Masterson being announced, heavily-armed parties, both for and against him, proceeded to the railway station...There was no gambling at all in the city last night, neither monte, faro, nor hazard being played." with more.
A nice front page report of an iconic Old West event, now known as the Dodge City War.
Eight pages, minor tears at the margins, slightly fragile so should be handled carefully.