Home > Back to Search Results > A rare title from the Dakota Territory...
Click image to enlarge 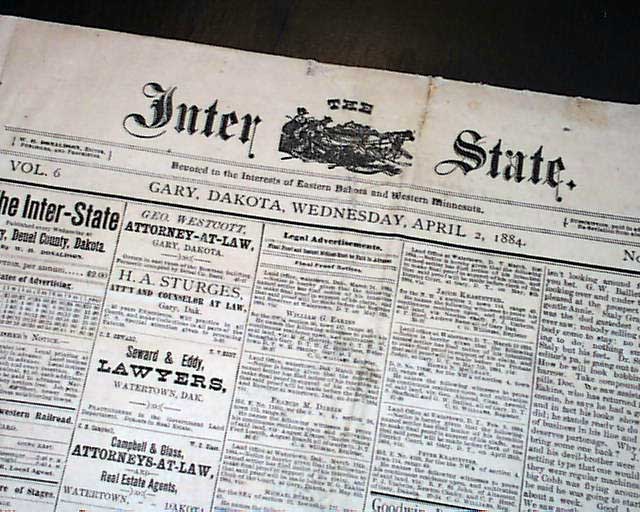 A rare title from the Dakota Territory...

A very rare territorial newspaper from that is present-day South Dakota, five years before statehood. They refer to themselves as the "Gate City of Dakota" as it is situated at the eastern border of the Territory, very close to Minnesota. At the 2010 census the population of Gary was 227.
Eight pages, never bound nor trimmed so it folds out to one large sheet, some wear at the spine and a bit at the folds. Some minor margin tears.