Home > Back to Search Results > Early report on the historic Custer Massacre...
Click image to enlarge 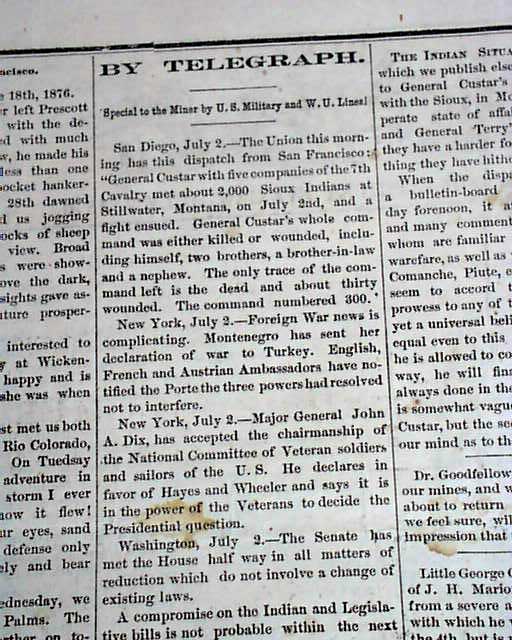 Page 2 has not one but three reports concerning the Custer Massacre in Montana.
The earliest report notes: "...General Custar [sic] with five companies of the 7th Cavalry mete about 2,000 Sioux Indians at Stillwater, Montana...and a fight ensued. General Custar's whole command was either killed or wounded, including himself, two brothers, and a brother-in-law and a nephew. The only trace of the command left is the dead & about 30 wounded...".
Further one is a more detailed account datelined July 6, which takes about one-third of a column with the details.
And then another article: "The Indian Situation", has related information.
Four pages, never bound nor trimmed, nice condition.