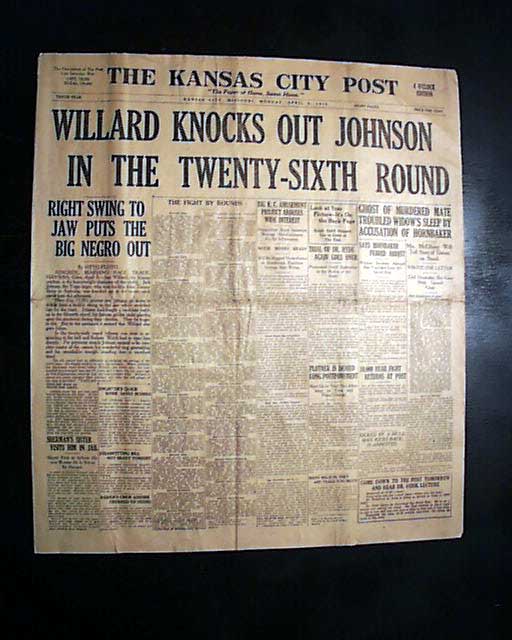 The front page has a great banner headline: "WILLARD KNOCKS OUT JOHNSON IN THE TWENTY-SIXTH ROUND" with a subhead: "Right Swing To Jaw Puts The Big Negro Out".
This is a same-day report on the heavyweight boxing title fight between Jess Willard and Jack Johnson which includes a round-by-round account of the battle. Uncommon for such a nice & dramatic banner headline.
Most of the back page is taken up with a huge photo of the: "...Ten Thousand Fight fans In Front of the Post Building."
The complete 8 page issue, some minor margin tears, good condition.