Home > Back to Search Results > Battle of Bunker Hill... And so much more...
Click image to enlarge 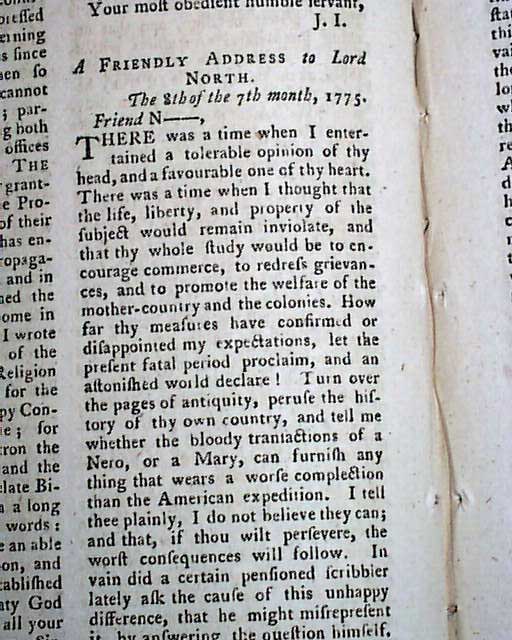 Battle of Bunker Hill... And so much more...

GENTLEMAN'S MAGAZINE, London, July, 1775  A very historic issue as it contains the first report on the battle of Bunker Hill, which is signed in type: Thomas Gage.
This report takes nearly an entire page and begins: "I am to acquaint your Lordship of an action that happened on the 17th of June instant between his Majesty's troops and a large body of the rebel forces. An alarm was given at break of day on the 17th...The loss the rebels sustained must have been considerable from the great numbers they carried off during the time of action & buried in holes..." with much further particulars.
Also in this issue are: "Friendly Address to Lord North" which is on American affairs, and "Part of an Address to the British Soldiery, dated at New York, & Circulated throughout the Army in the Neighborhood of Boston" which has some great reading as well. A lengthy "Proclamation by Hon. Th. Gage, Commander in Chief of His Majesty's Province of Mass. Bay" offers pardon to those who lay down their arms & return to being peaceable subjects, excepting Samuel Adams & John Hancock. "Proceedings of the American Colonists since passing the Boston Port Bill" takes over 5 pages & has some good talk on St. Johns, Ticonderoga & events at Crown Point including mention of Benedict Arnold: "...We overtook Col. Arnold in the boat, took him on board..." .
The plate called for is lacking.
Truly a great issue on the Revolutionary War, particularly with General Gage's report on the battle of Bunker Hill.
Complete in 48 pages, 5 by 8 1/4 inches, full title/contents page, great condition. 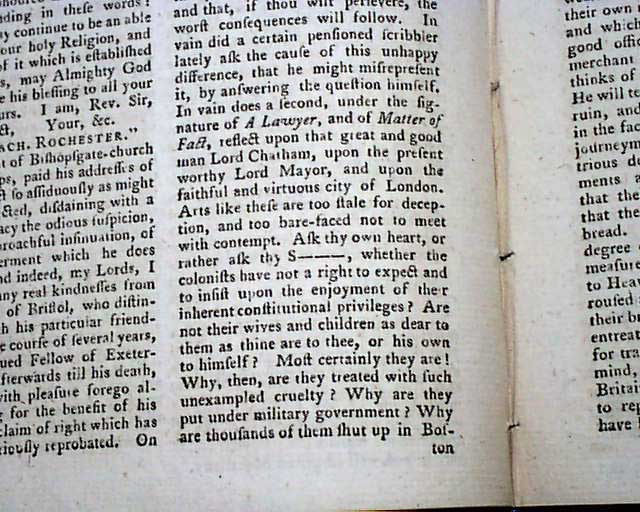 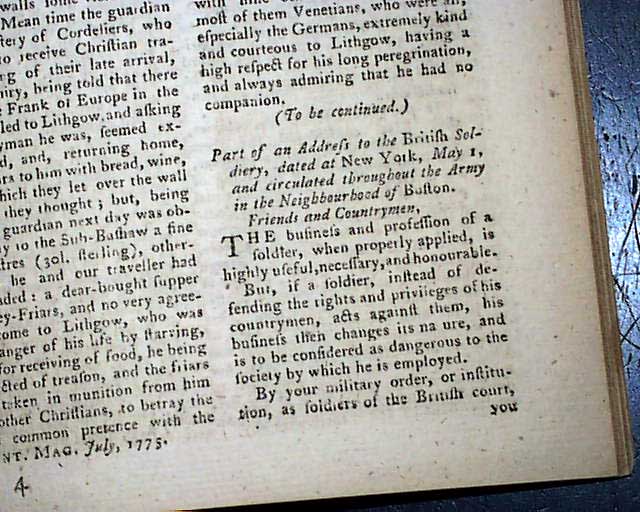 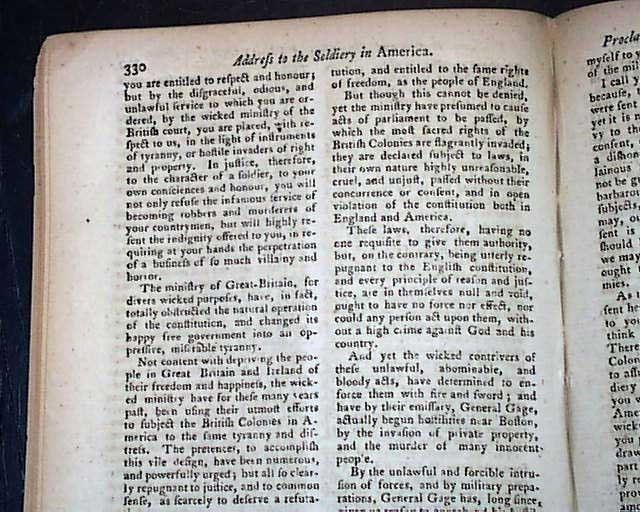 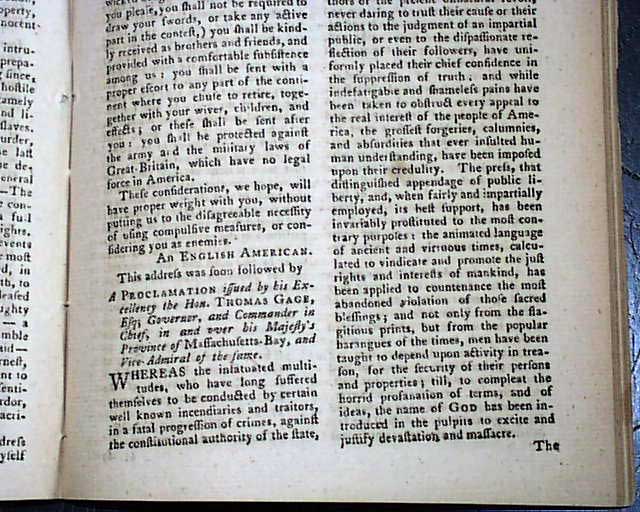 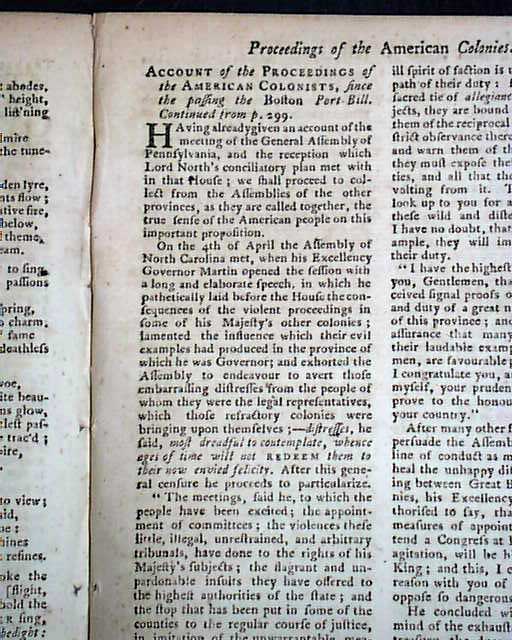 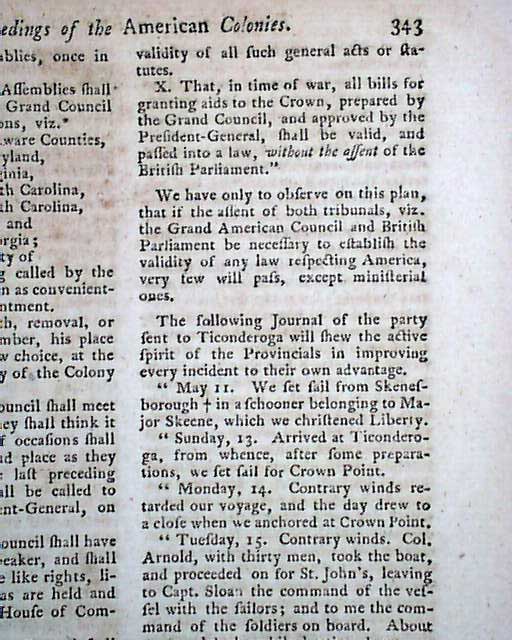 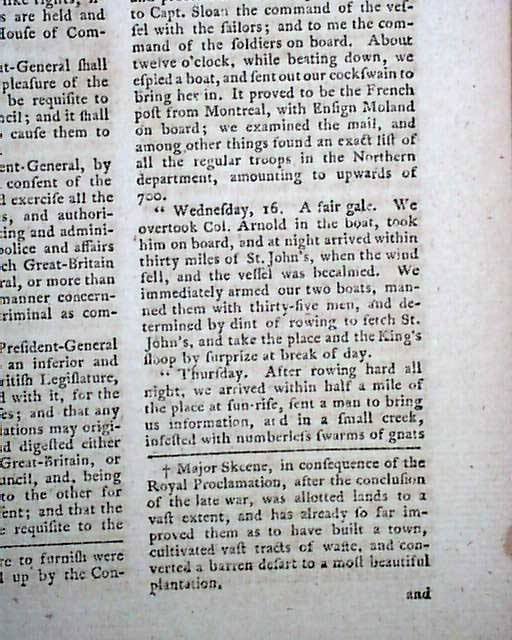 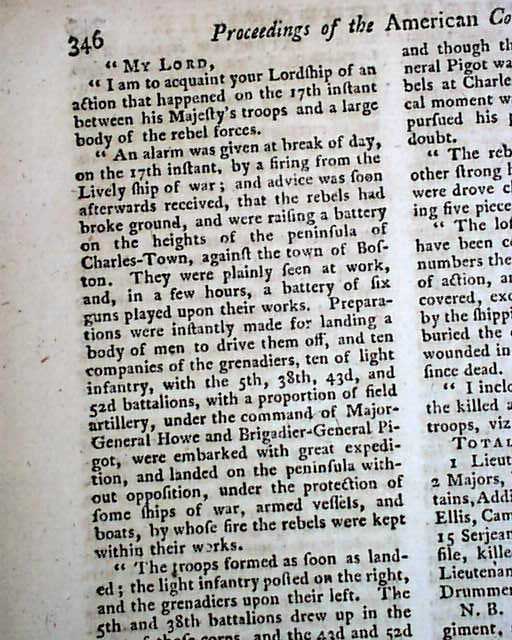 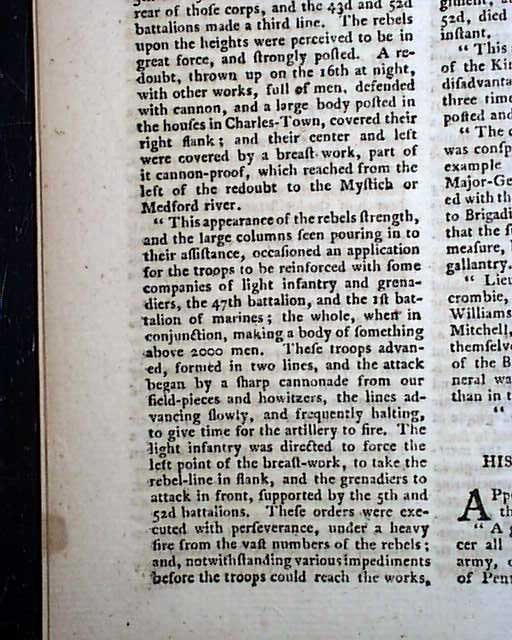 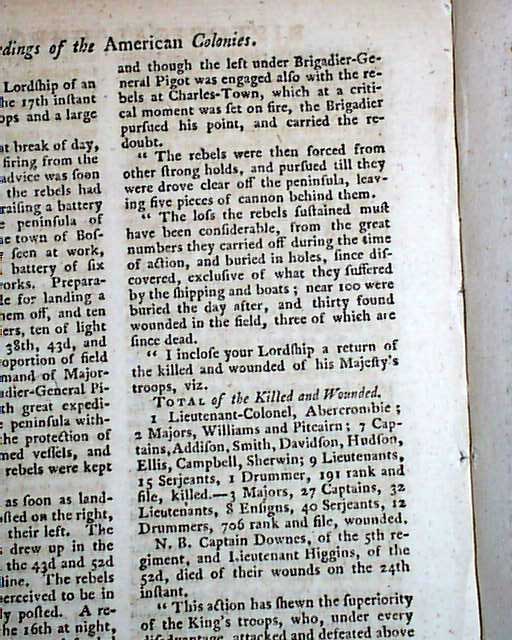 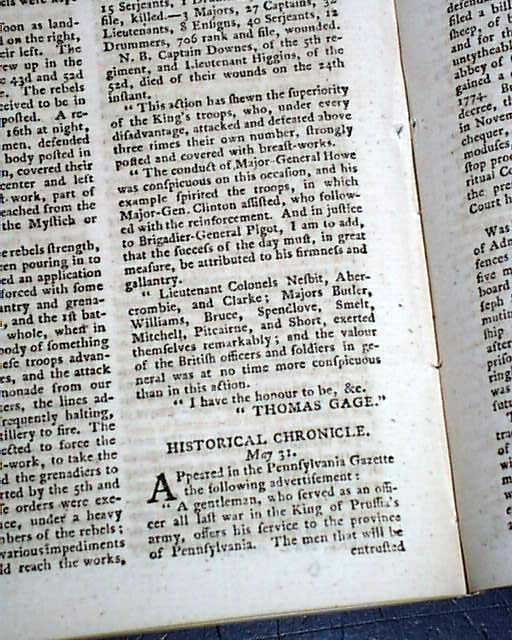 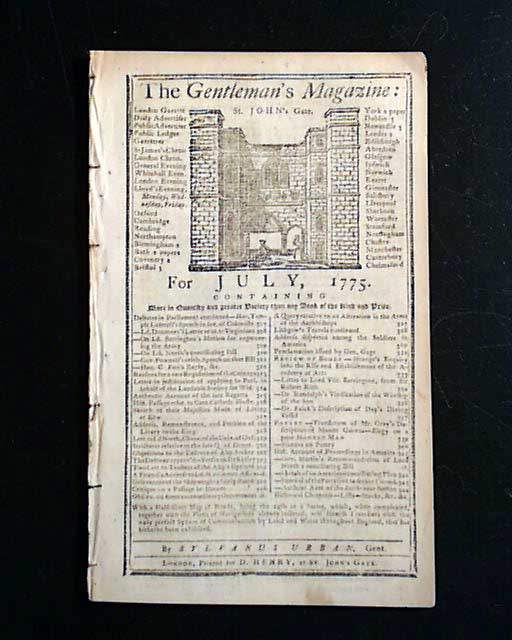