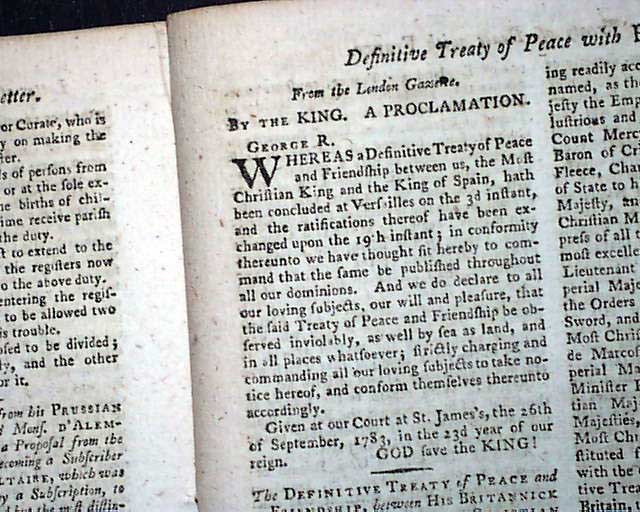 Item # 667950 THE GENTLEMAN'S MAGAZINE, London, October, 1783  Included is the: "Definitive Treaty of Peace..." between England and Spain, signed at Versailles on Sept. 3, 1783. This treaty takes nearly 2 pages & was part of the process of creating the treaty which ended the Revolutionary War in America.
Also included under: "American Intelligence" is a letter from Sir Guy Carleton from New York City, concerning the evacuation of that place by the British. There is also an extract of proceedings of the New York Assembly at Peekskill, and a letter from Boston which is a congratulatory address to General George Washington.
Both plates called for are present.
Complete in 88 pgs., full title/contents page featuring an engraving of St. John's Gate, 5 by 8 1/4 inches, very nice condition.