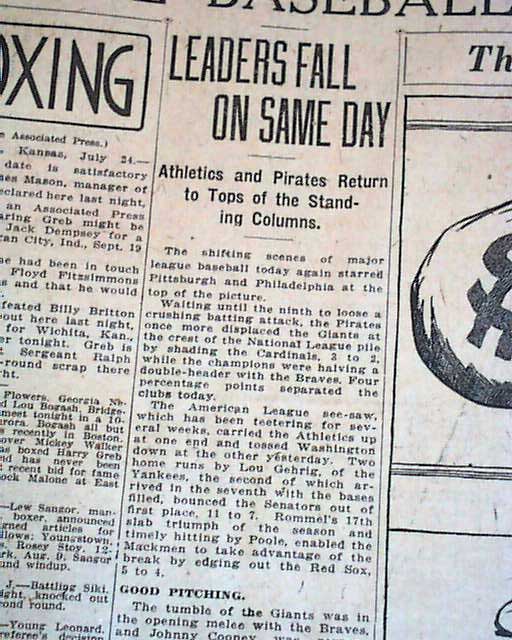 The sport's section (page 37) has a banner heading: "MAJOR LEAGUE BASEBALL SCENES CONTINUE RAPID SCENES" with subheads. Text includes: "Two home runs by Lou Gehrig of the Yankees, the second of which arrived in the seventh with the bases filled..." (see) Lou Gehrig holds the all time MLB record for the most grand slam home runs with 23. This was his very first one.
Complete with 46 pages, light toning at the margins, a little spine wear, generally nice.