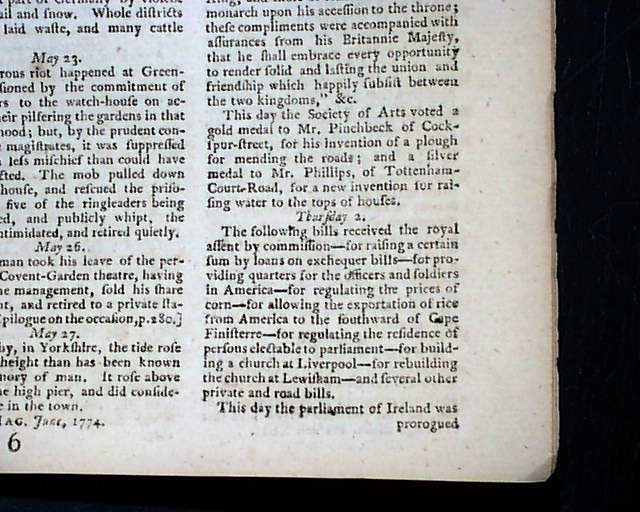 THE GENTLEMAN'S MAGAZINE, London, June, 1774  Among the articles in this issue are: "...Address & Petition presented to the King...previous to his Majesty's signing the Bill for the better Government of Quebec" "Conjectures Concerning the Phenomenon of Saturn's Ring" "A Wonderful Improvement in the Art of Healing" "New Tour in the Midland Counties of England" "Useful Observations on the Aurora Borealis" and much more.
Near the back is the "Historical Chronicle" with various news reports of the day. Included is a brief mention of bills which received the royal assent, including: "...for providing quarters for the officers and soldiers in America..." which was the hated Quartering Act. There is also some talk concerning the Quebec Act, another of the Intolerable Acts. And there is also some fine content headed: "American Affairs" with much on events near Boston. It includes mention of Benjamin Franklin as of the agents from Mass. to the Court of Great Britain, plus a report of an Indian attack in Virginia.
There is also an historic report on the "Second" Boston Tea Party which occurred on March 7, 1774, which includes: "The brig Fortune, Capt. Gorham, from London, having on board 28 chests and a half of the East India Company's tea arrived at Boston some time in March last, but the owners having protested against landing the tea & the custom-house officers refusing the necessary papers for returning the tea to London, a number of men, disguised in the habit of Indians, entered the ship & emptied every chest into the sea. At New York, 18 boxes, on board...was served in the same manner."
A notable report of this very historic event which received less attention through history than the "first" Boston Tea Party of December 16, 1773.
There is another item mentioning Benjamin Franklin serving as agent for Georgia, and a report of an effigy burning in Philadelphia, among other American reports (see).
One of the two plates called for is present, being a full page of Bolton Castle.
Complete in 48 pages, 5 by 8 1/4 inches with a full title/contents page featuring an engraving of St. John's Gate, great condition. 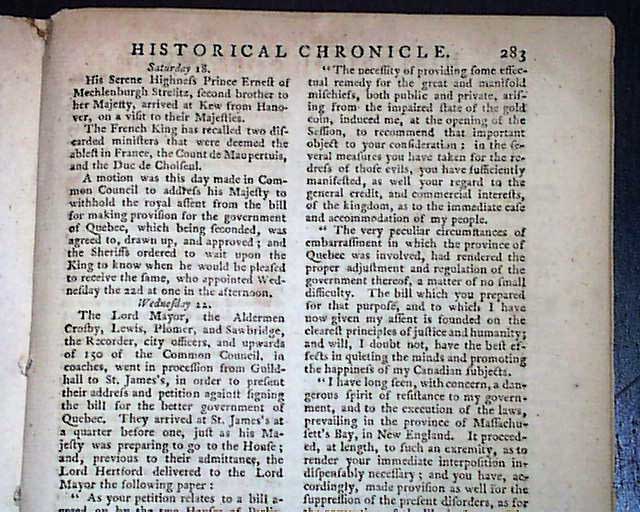 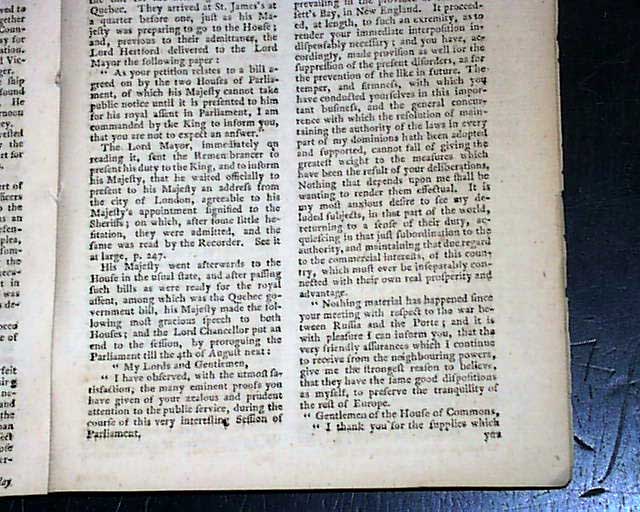 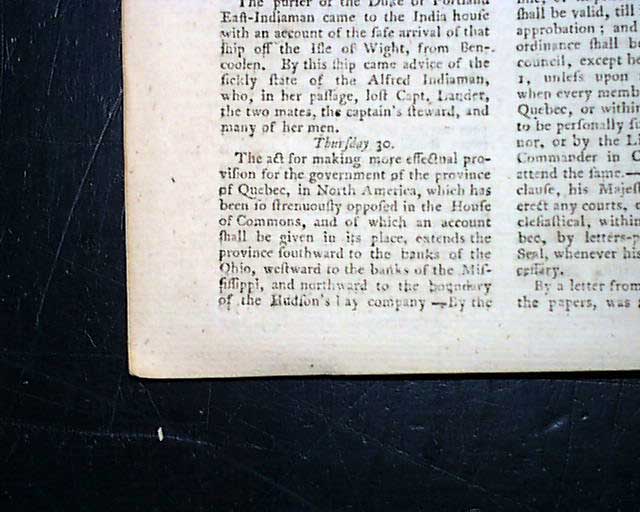 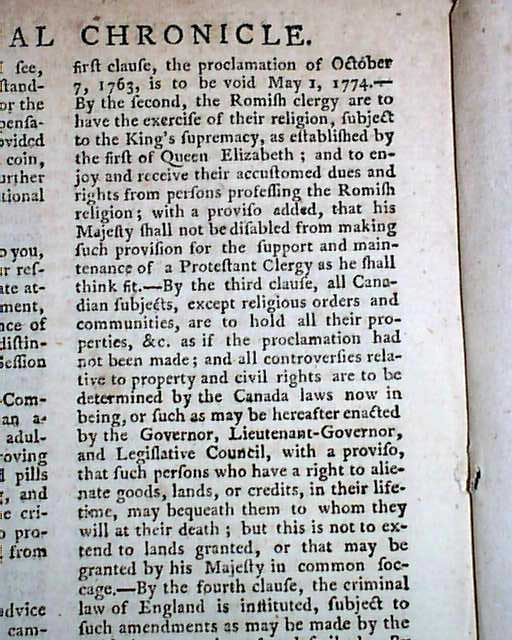 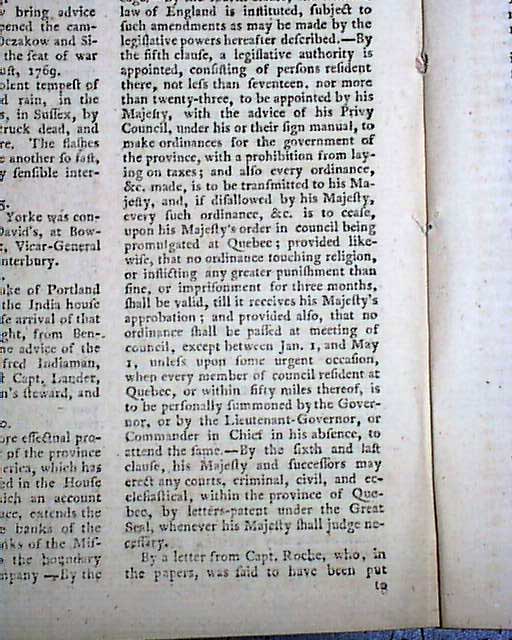 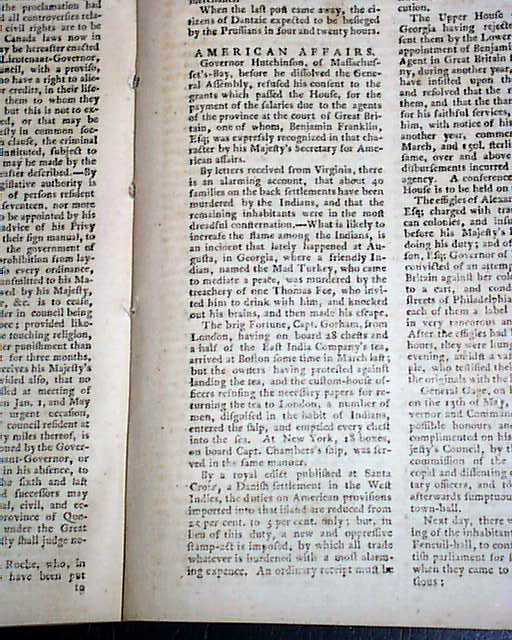 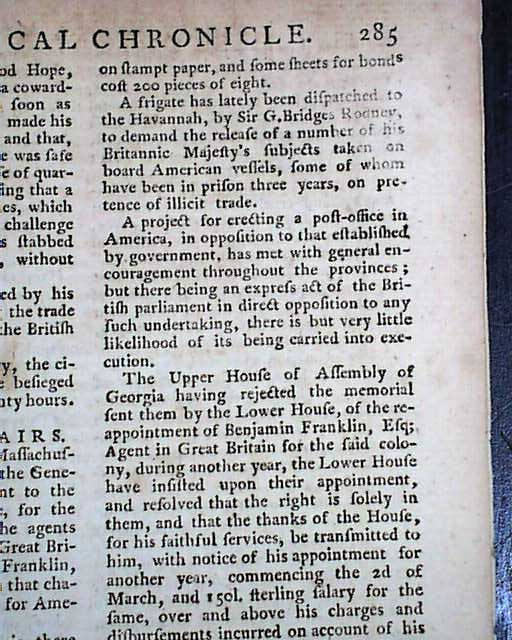 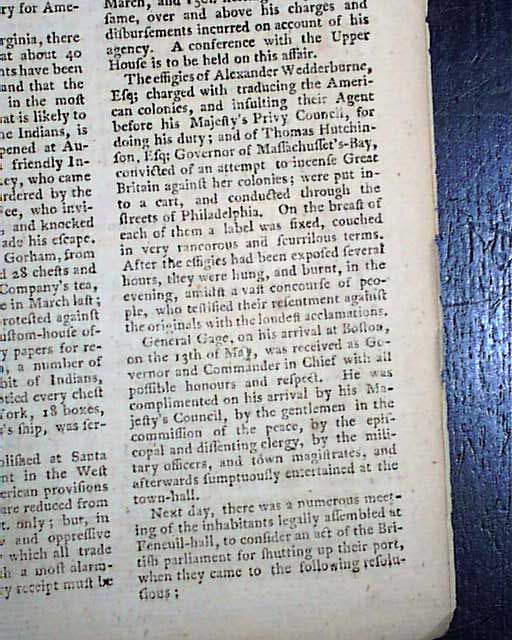 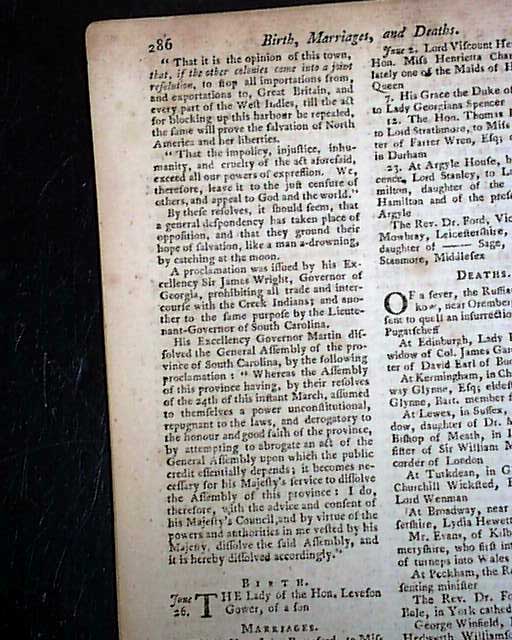 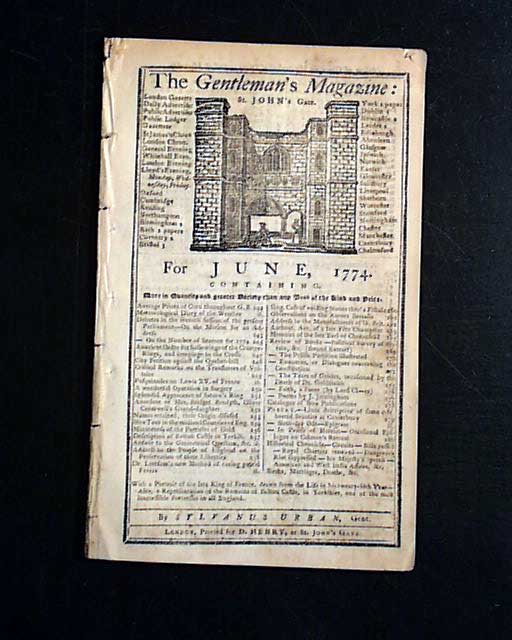