Home > Back to Search Results > The colonists & merchants protest...
Click image to enlarge 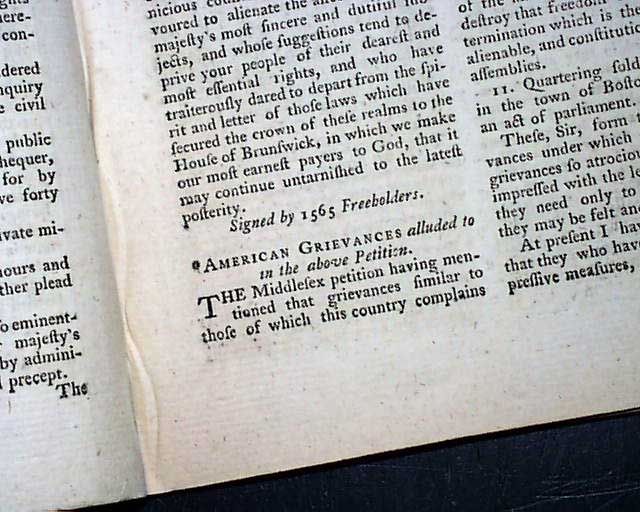 THE GENTLEMAN'S MAGAZINE, London, June, 1769  Perhaps the most interesting article is headed: "American Grievances..." which first references "The Middlesex Petition", then leads to the concerns expressed by the Americas, listing eleven.
The list is followed by: "These, sir, form the principal grievances under which America labours; grievances so atrocious that to any one impressed with the least sense of liberty, they need only to be mentioned that they may be felt & abhorred..." with more. Among the grievances are: "Raising a perpetual revenue without the consent of the people...", "Compelling his majesty's subjects to trial in all revenue matters out of their respective colonies...", "Impowering the crown to seize & send over to Britain the American subject without any legal indictment..." and "Quartering soldiers by violence in the town of Boston..." and more (see for the full list).
Also of interest is the: "Letter from a Committee of Merchants in Philadelphia to the Committee of Merchants in London" which again expresses concerns for ill treatment of the colonists.
Among the other articles within the issue are: "A Short Narrative of a Few Interesting Facts Relating to Corsica".
The foldout plate called for is present.
Complete in 48 pages, 5 1/2 by 8 3/4 inches, full title/contents page with an engraving of St. John's Gate, very nice condition. 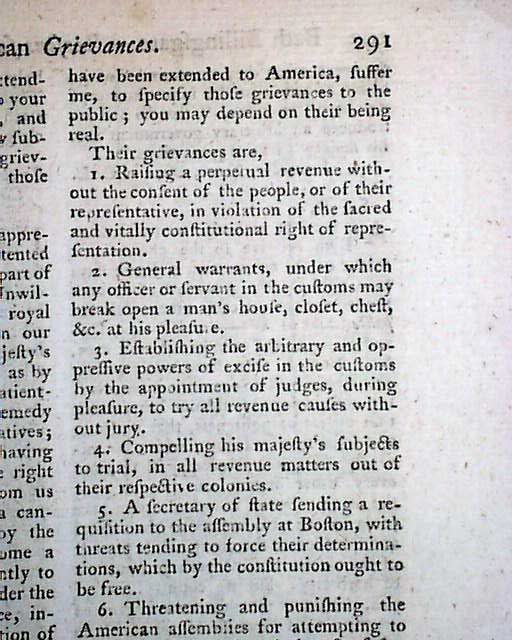 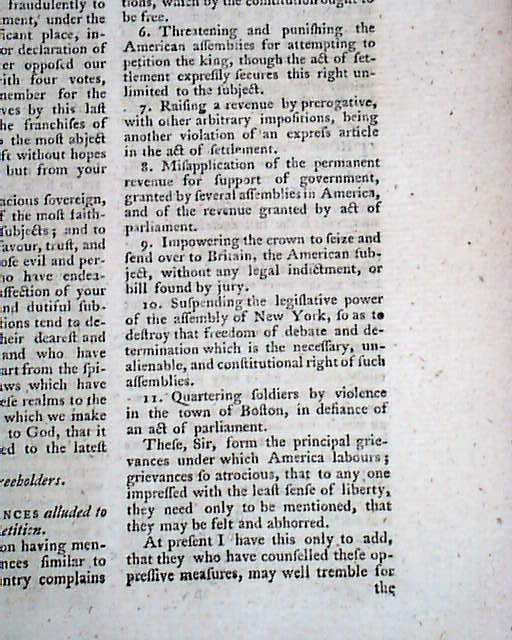 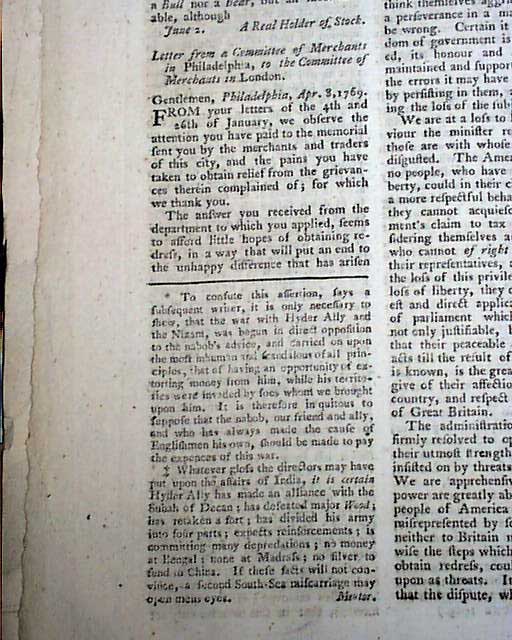 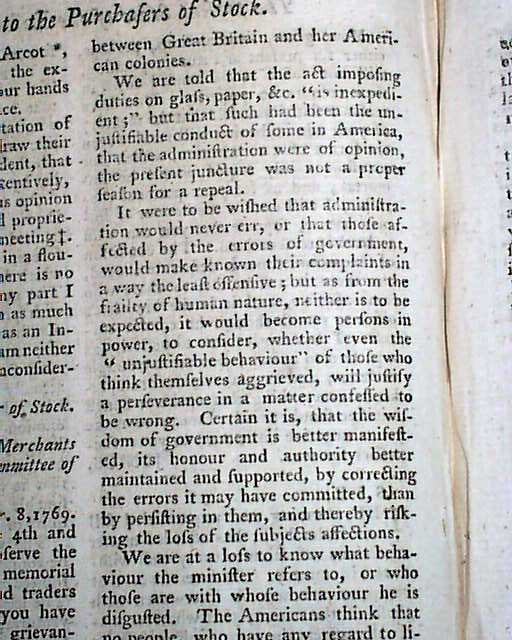 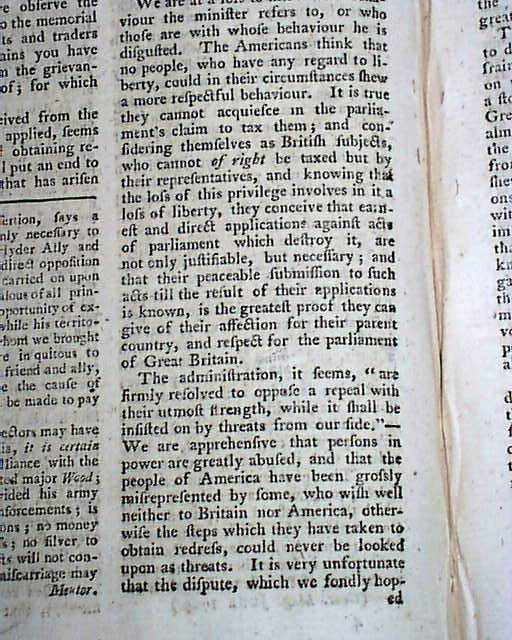 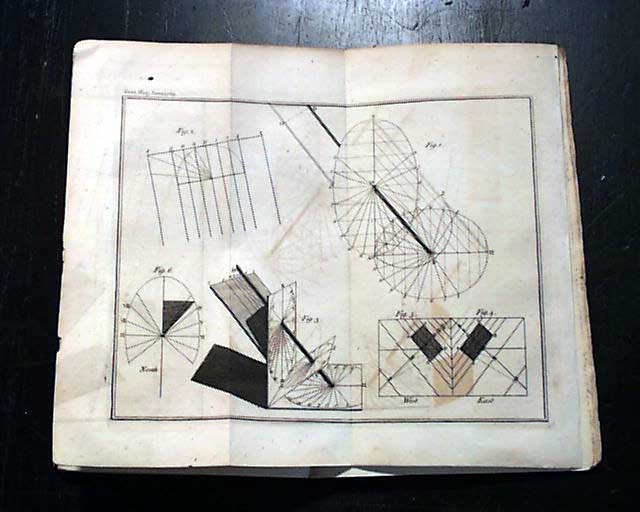 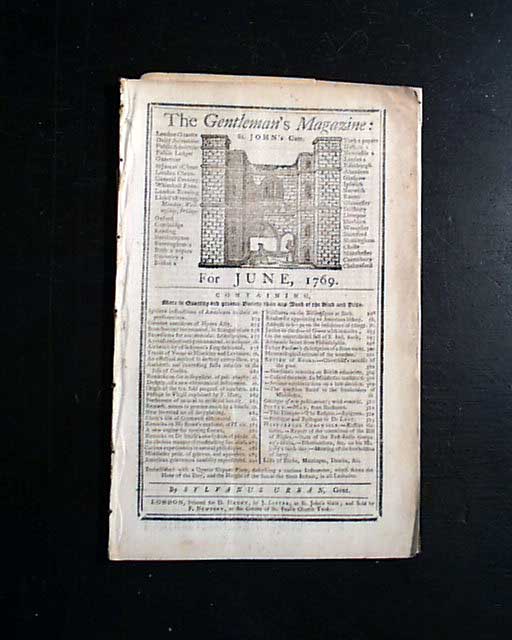