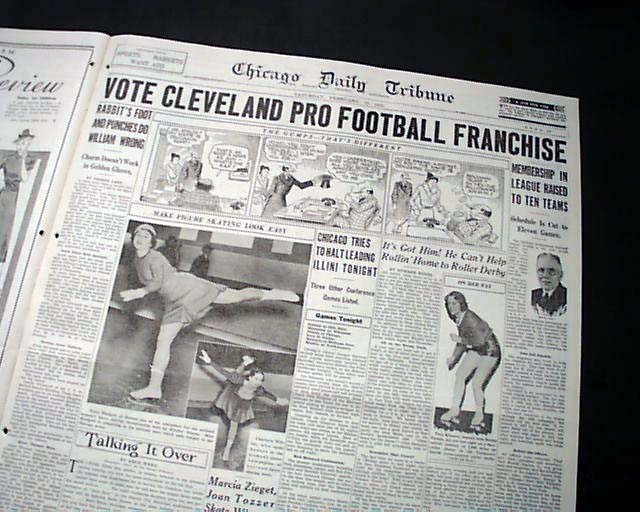 The front page of section 2 (sport's) has a great banner headline: "VOTE CLEVELAND PRO FOOTBALL FRANCHISE" with subheads. (see) Nice for display.
Complete with all 28 pages, rag edition in nice condition. A few small binding holes along the spine.

wikipedia notes: The Cleveland Rams were founded by attorney Homer Marshman in 1937. Their name, the Rams, comes from the nickname of Fordham University. Rams was selected to honor the hard work of the football players that came out of that university. They were part of the newly formed American Football League and finished the 1936 regular season in second place with a 5–2–2 record, trailing only the 8–3 record of league champion Boston Shamrocks.