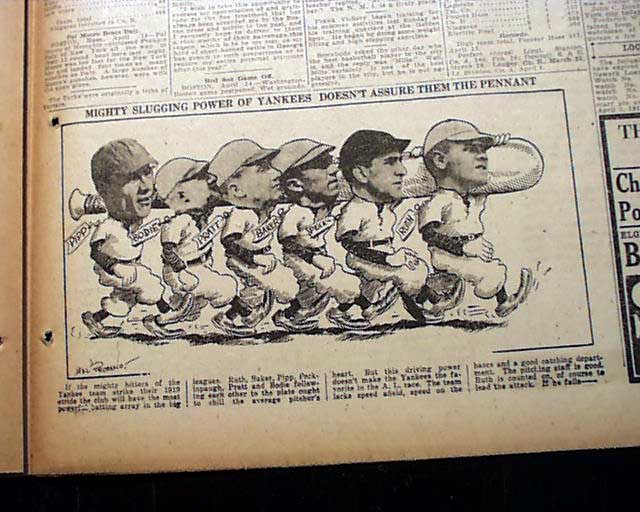 This was the day (April 14th) that Babe Ruth made his debut with the New York Yankees. The bottom of page 9 has a caricature/photo of the top hitters on the Yankees team with heading: "Mighty Slugging Power Of Yankees Doesn't Assure Them The Pennant" and brief text underneath.
Complete with 12 pages, light toning at the central fold and left margin, a few small binding holes along the spine, generally nice. 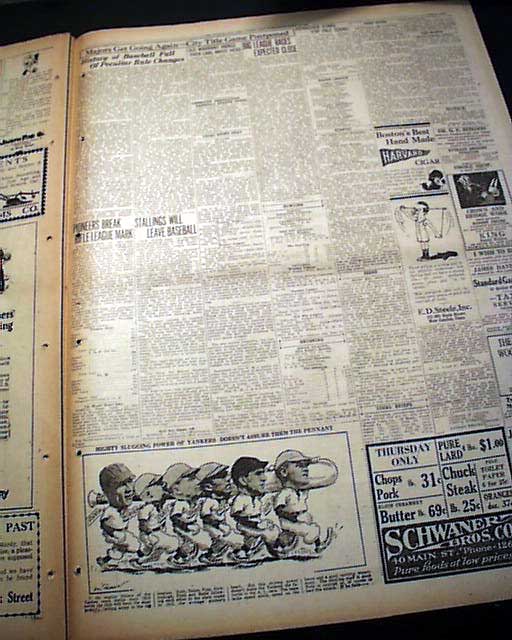 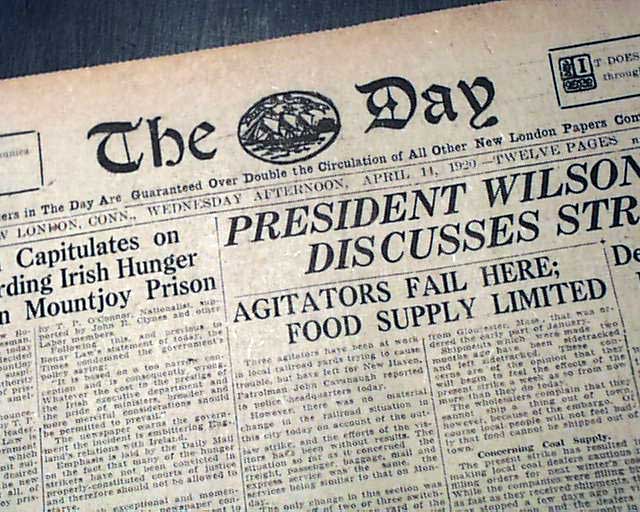 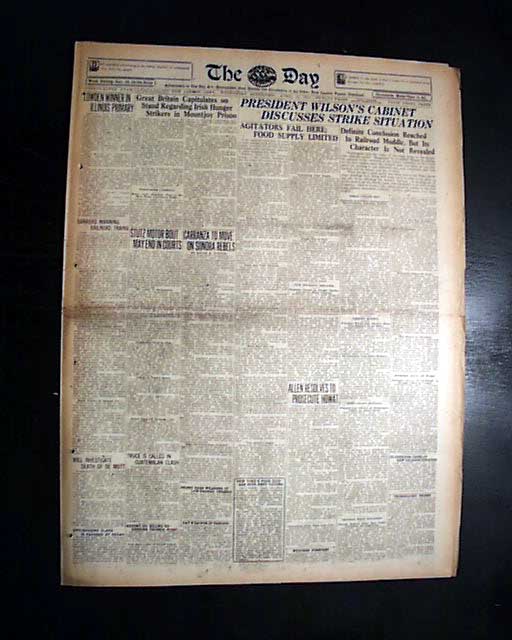