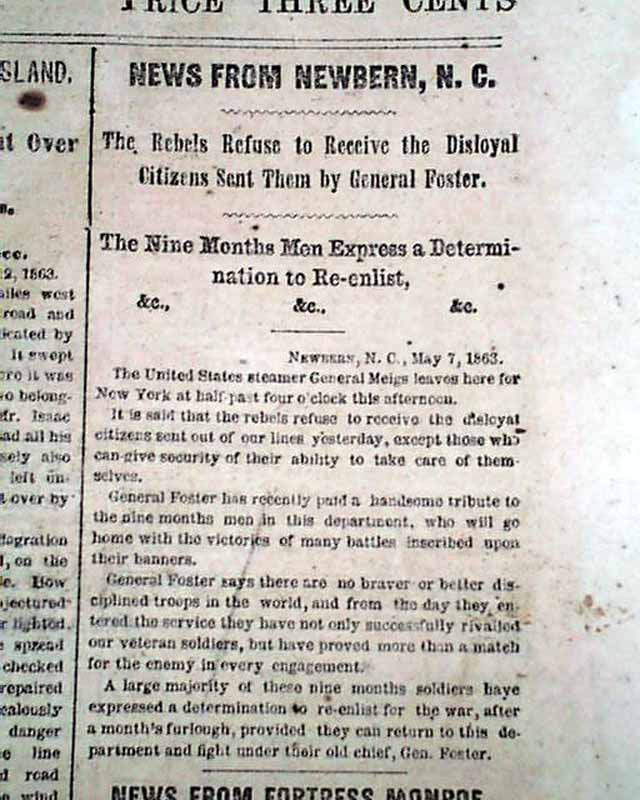 The feature of this issue is the report on page 4 of the death of famed Confederate General Stonewall Jackson. Among the one column headlines on the Civil War are: "OBITUARY" "Official Announcement of the Death of Stonewall Jackson" "IMPORTANT FROM THE SOUTHWEST" "Severe Battle at Clinton, Miss., on the 6th Instant" "The Enemy Beaten and Driven Towards Jackson" "News From New Bern, North Carolina" and more.
Eight pages, nice condition.

The horrors of the Andersonville Pris...