Home > Back to Search Results > Vicksburg and Chancellorsville - 1863...
Click image to enlarge 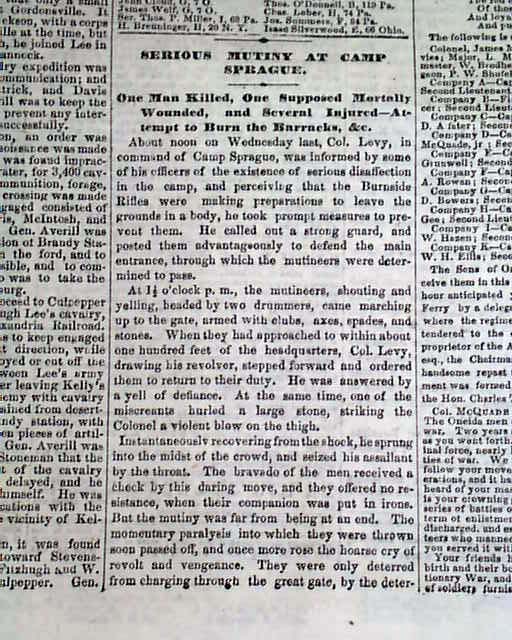 * Vicksburg
* Battle of Chancellorsville- reports and list of casualties
* "Gen. Hunter and the Negro Regiment

The front page has: "THE BATTLE OF CHANCELLORSVILLE", "AVERILL'S LATE CALVARY EXPEDITION", "THE SIEGE OF VICKSBURG", "Grant 18 Miles East of the City", "SHERMAN'S CORPS AT GRAND GULF", "FROM WASHINGTON", "THE PAYMENT OF OUR SOLDIERS", and much more. Pages 2 and 3 have a list of the casualties at The Battle of Chancellorsville.
Nice historical reports from this famous, northern-city newspaper. Additional advertisements, war reports, and other news of the day is found throughout.
Complete in eight pages, a rough left spine, but in nice condition due to the use of cotton and rag paper during this era in publishing.